Nothing Else Has Gone Smoothly This Year, Why Should the Election Be Any Different? 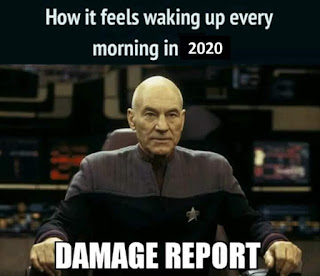 Observations concerning the election, which is entirely consistent with the whole ethos of 2020:

- The ludicrously long, absurdly drawn-out presidential election of 2000 — can it really be that we already have a generation of adults too young to remember this? — was just a dress rehearsal for what’s going on right now.  What’s going on right now is an authentic coup, and it’s going to make 2000 look like a cake walk.

- In 2016, Hillary Clinton ran a very limp campaign, with few appearances, because she and everyone around her thought she had it in the bag.  It was a huge shock to the Democrats when she lost the election.  This year, Biden did very, very little campaigning, and, when he did surface, promised to do outrageous things like impose more lockdowns and national mask mandates and destroy the oil, coal and gas industries.  Was this because the Democrats had simply failed to learn any lessons from 2016, or was it because they instead devoted all their resources to pulling the present coup?

- The psy-ops is really obvious, from the censorship of dissenting voices on social media to the news purveyors — including Fox News — calling states for Biden before their polls had even closed or before the return of more than .007% of precincts.

- If Biden was really winning in all those swing states, why was there the need to suspend counting in those states?

- The time is coming — maybe sooner than we think — when our Elders and Betters will decide they are done going to all the trouble of lying and cheating and stealing elections, and will just dispense with elections altogether.  After all, Trump has proven that the electorate is capable of making wrong decisions.  Just as we need to be protected from a virus with a less than 1% fatality rate, so we will also need to be protected from our propensity to disagree with Those Who Know Better.

- Deus ex machina rescues from disasters are a staple of popular entertainment, but rare in real life.  That said, Donald Trump is not the wet-noodle, capitulating milquetoast that is the usual GOP political fare.

- Maybe the time really has come, as the monarchists hold, to reassess our whole system of governance.  Is our present system, which is currently failing spectacularly, really the one that best accommodates our human nature, and that best accounts for and safeguards against our human weaknesses?

- This is absolutely the time to pray, fast, do penance, repent and convert.  In case you think this is beyond your abilities, read St. Therese of Lisieux’s Story of a Soul for the details on how much spiritual value even the smallest sacrifices contain.  We need to pray for the assistance to get to the point where we deserve worthy leaders. 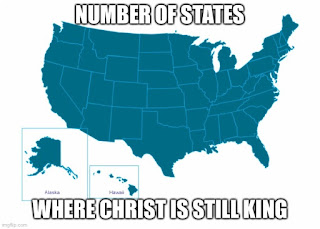