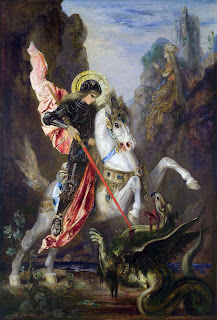 We have now a generation of adults too young to remember the Soviet Union and the Cold War, and to appreciate the amazing shock of the former's demise.  We kids all knew who Leonid Brezhnev was, and the parade of his short-lived successors who were finally acknowledged to be dead after suffering from six-month-long "colds" was actually a topic of schoolyard conversation.  By the time I started high school, the Soviets held a vast nuclear arsenal, thanks to the treason of the Rosenbergs; had conquered over eight and a half million square miles and reduced a quarter of a billion souls to serfdom; and, on the psy-ops front, had fought the West almost to a standstill.  The mentality was widespread that containment of the "Evil Empire" -- always with the obligatory scare quotes -- rather than its unmitigated defeat, was to be the objective; and the Cold War and threat of nuclear holocaust would go on forever, thanks to the intransigence of the Western democracies.  But just when the Soviet Union seemed most unmovable, then -- as William F. Buckley, Jr. described it -- God cleared His throat.  And on March 11, 1990, little Lithuania declared herself independent from Moscow: the first falling pebbles presaging the avalanche that caved in the Soviet fortress.

But it would be a mistake to assume that the Communists and their fellow travelers all turned into freedom-loving capitalists just because their precious socialist paradise collapsed.  They simply found new homes and brought their elitist, materialist, socialist, globalist, bureaucratist, collectivist, secularist, modernist, totalitarian ideals with them.  One of their biggest new homes, judging by its fruits, is the European Union.  And now, with the United Kingdom's vote yesterday to leave the European Union, over the opposition of political and economic elites all over the world, those presaging pebbles are falling once again.  Other member nations will doubtless follow suit.

And this is no cause for regret.  However motivated its founders might have been by a sincere desire for peace and the prevention of future world wars, the reality is that the European Union is just the Soviet Union with velvet upholstery.  To the EU, as to the Soviet Union, "peace" means the absence of opposition, and it is brought about by laying down a leaden blanket of minute regulations under which no one can move.  The EU is a load of bureaucrats thinking they can run people's lives better than the people can themselves.  It has no respect for democracy; no respect for freedom of association (including freedom from association); no respect for national identity; no respect for the principle of subsidiarity; no respect for private property.  It subordinates flesh-and-blood human beings to ideology.  It bullied Ireland into holding a new referendum to accept the Lisbon Treaty in 2009, after a 2008 referendum in which the treaty went down to defeat.  It replaced the legitimate heads of government in Greece and Italy with its own appointees.  In 2013, it confiscated money out of people's bank accounts in Cyprus to support a bailout of that country.  Its grand schemes to manage the economy -- which in truth amounts to trying to control the movements, private decisions, associations and property of countless individual, flesh-and-blood human beings --  are calculated to spread misery rather than prosperity, except for the anointed few.

Which is why neither the EU nor any merely political institution is the last, best hope for peace in Europe, which has proven so elusive over the last century.  These Eurocrats may love humanity in general, but clearly have no respect for human beings in particular, with their messy hopes and dreams, likes and dislikes, needs and wants.  Individuals are merely means to an end.  This is why the Eurocrats see no problem with moving people and their property around like the inanimate men on a chessboard, as if they do not care where they are put, or with whom, or with what, or what the consequences will be.  At any rate, it is apparent that in the view of their betters in Brussels, they shouldn't care; after all, knowing better is what makes the betters...better.

After years and years of many people on both sides simply assuming that that is the way things are going to continue, there has finally been some pushback.   Despite the Eurocracy's best efforts, Britain is pulling out.  It is a hopeful sign that the tide is turning against the revolutionary ideologies and ideologues down the modern centuries that have busied themselves extinguishing the lights of Christendom, toppling thrones and altars, first in polities, then in men's hearts.  There are already calls for exit referendums in other EU member states.  The pebbles are falling.  God, in His mercy, is clearing His throat and opening the door to a new beginning.

But it is only a beginning, and we cannot expect to gain anything by resting on our laurels.  Perhaps now would be an opportune moment to suggest that the best insurance against tyranny and fratricidal slaughters like the two World Wars would be for Europe to return to her Catholic Christian roots.  The trust is ill-founded, as the Psalm says, that is put in princes, the children of men in whom there is no salvation.  It is men's hearts that need changing, and this cannot be effected by mere political institutions.
Posted by Anita Moore at 20:38 5 comments:

Email ThisBlogThis!Share to TwitterShare to FacebookShare to Pinterest
Victory Topic(s): Catholic Church, History, Mary Untier of Knots, Out of the Ordinary, People, Politics 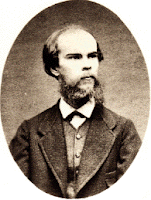 The French poet, Paul Verlaine (1844-1896), never dreamed of the role he would play in a great drama that would take place exactly 100 years after his birth.  Seventy-two years ago today, the French Underground tensely awaited the great signal that the Allied invasion of Normandy -- the greatest amphibious operation in history -- was immanent.  This signal was the first stanza of Verlaine's poem, Chanson d'automne, broadcast over the radio.

The long sobs
Of the violins
Of autumn
Wound my heart
With a languor
Monotonous.

And I go away
In the ill wind
that carries me off
This side and beyond
Like the
Dead leaf. Minutes later, in the Channel, the men of the invasion fleet heard the roar of the planes.  It grew louder by the second, and then wave after wave passed overhead.  The formation took a long time to pass.  Then the thunder of their engines began to fade.  On the bridge of the U.S.S. Herndon, Lieutenant Bartow Farr, the watch officers and NEA's war correspondent, Tom Wolf, gazed up into the darkness.  Nobody could say a word.  And then as the last formation flew over, an amber light blinked down through the clouds on the fleet below.  Slowly it flashed out in Morse code three dots and a dash: V for Victory.
Posted by Anita Moore at 21:45 No comments: