100 June 13ths Ago: Promises and Predictions 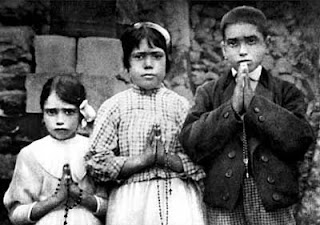 Some time longer...The Mother of God has a gift for understatement.  Jacinta and Francisco would both leave this world within three years, but another 88 years would pass before Our Lady would come for Lucia.


But greater secrets -- and greater sufferings -- were to come.
Posted by Anita Moore at 00:00 No comments: