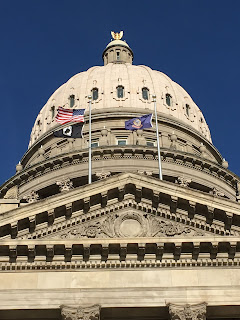 You currently have in the House of Representatives a piece of proposed legislation, H195, that, if passed, will outlaw what it calls “targeted picketing” — protests staged in front of the home of a government official.  The text of the bill reads as follows:

Be It Enacted by the Legislature of the State of Idaho:

SECTION 1. That Chapter 64, Title 18, Idaho Code, be, and the same is hereby amended by the addition thereto of a NEW SECTION, to be known and des- ignated as Section 18-6411, Idaho Code, and to read as follows:

(2) Any person who engages in targeted picketing shall be guilty of a misdemeanor.

SECTION 2. An emergency existing therefor, which emergency is hereby declared to exist, this act shall be in full force and effect on and after its passage and approval.

One of the lawmakers who sponsors this bill declares that there has been an uptick in protests that cross lines and engage in intimidation tactics.  She asserts that this bill is meant not only to protect civil servants from intimidation tactics to but to protect regular citizens.  “Your voice,” she said in an email to me, “should not be drowned out by the loud but hollow voice of intimidators.”

To begin with, this is a statute that could impermissibly impinge on constitutionally protected activities, namely, speech and the right to petition the government for a redress of grievances.  There are already laws on the books to deal with behavior that goes too far.  Disturbing the peace (section 18-6409, Idaho Code) and disorderly conduct (various municipal ordinances) are misdemeanors that carry maximum penalties of up to 180 days of jail and $1000 in fines.  Rioting (section 18-6402, Idaho Code) may, depending on the circumstances, be either a misdemeanor carrying up to a year of jail and a $5000 fine, or a felony carrying 5-20 years and a $25,000 fine.  There is no need for yet another crime on the books.

Secondly, I do not accept that this bill protects my constitutional right to petition my government for the redress of grievances.  Public servants know the difference between writing, emailing, carrying signs and testifying before committees on the one hand, and lighting fires on the other.  Public servants also know that they are not entitled to disregard my peaceful petitions just because others happen to be rioting.  It appears that lawmakers and other officials who support it are just trying to further insulate themselves from the pesky plebes.  Indeed, they try to assume privileges for their homes that even monarchs have not had.  Where would citizens in a monarchy go to air their grievances with their politicians?  To the king’s residence: the palace.

For the record, I have never protested at anyone’s home, nor do I plan to.  I don’t like breaches of the peace or anything that threatens the peace.  But I can understand people resorting to this tactic, even while I disagree with it.  I think it ought to give pause to remember that regular working stiffs (as distinguished from professional leftist storm troopers) really do not want to set aside their lives and their business to engage in protests; so, if they feel provoked into doing so, there must be something seriously wrong.  A bill like this does nothing to address the root causes of why these protests happen.

I would submit that, instead of trying to shut down protesters, our elected officials should devote their energies to considering why it is that citizens are protesting outside their homes.  The answer is that the citizenry perceive that their elected officials are not listening to them.  Year after year policies are imposed on us that we don’t want and that go against what we know to be right.  If there is one thing that the events of the last year in particular have made clear, it is that our elected officials view us, not as citizens whom it is their duty to serve, but as economic cows to be milked; yet they have not got the sense to give us even the minimum of cultivation that cows require.  Our officials are responsive, not to the voices of their constituents, but to the dollars of private, powerful, moneyed interests, to the inflow of federal “emergency” money and to the strident voices of leftist activists who often do not even live here.  All over the country over the last year, we have seen mayors and governors failing in their God-given duties of governance.  They have treated their own people like the enemy, depriving them of their livelihoods, excoriating them for trying to go about their legitimate business without jumping through hoops, and all while coddling leftist storm troopers who were bussed into their communities to burn, loot and destroy monuments.  They have walked all over their people, because they can.  In our own city of Boise, we have had the spectacle of Mayor McLean identifying with these same storm troopers while deploring her own citizens who want nothing more than to be left in peace to go on with their lives.  This sort of bad governance provokes decent people to take their grievances to their officials’ doorsteps, since they are not being listened to in any other forum.

The real solution to protesters outside the homes of government officials is for those government officials to stop provoking their citizenry by their arrogant disregard of their legitimate needs and interests, to stop abusing their powers, and to start engaging in good governance.  Right now, we are being treated as though the obligations only flow in one direction, from us to our masters.  They don’t.  Our masters also have obligations to us, and they will be held responsible before God for their failure to fulfill these just as much as we will be held responsible for our failure to fulfill ours.

For these reasons, this bill should be rejected.

Random Observations Near the Close of February 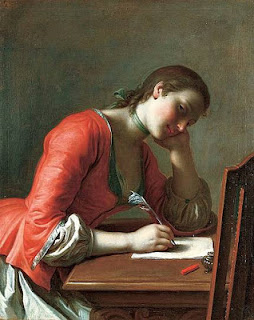