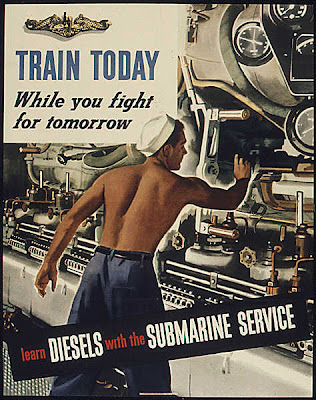 See, the stuff I spew is not just my opinion!

Canons and Decrees of the Council of Trent (1542-1564): ecumenical council convened in response to the Protestant Reformation

Catechism of the Catholic Church (1992)

Christifidelis Laici (Ven. John Paul II, 1988): on the vocation and mission of the lay faithful

Council of Ephesus (431 A.D.), confessing Mary as the Mother of God

Decrees of the First Vatican Council (1869-1870): ecumenical council which defined, among other things, papal infallibility

Divini Redemptoris (Pope Pius XI, 1937): on the evils of Communism

Divinum Officium: the breviary of 1962 in Latin and English, online in its entirety (N.B.: works better in Explorer than Firefox)

Dominus Iesus (Congregation for the Doctrine of the Faith, Cardinal Ratzinger, 2000): combating the errors of relativism in evangelization)

Enchiridion of Indulgences (Sacred Apostolic Penitentiary, 1968): the norms and grants of indulgences presently in effect

Humanum Genus (Pope Leo XIII, 1884): on Freemasonry (NOTE: these teachings have NOT been abrogated by the 1983 Code of Canon Law)

Jesus Christ, The Bearer of the Water of Life (Pontifical Councils for Culture and Interreligious Dialogue, 2003): on Christianity and New Age religiosity

Liturgiam Authenticam (Congregation for Divine Worship and the Discipline of the Sacraments, 2001): on the use of vernacular languages in the publication of the books of the Roman Liturgy

Norms Regarding the Manner of Proceeding in the Discernment of Presumed Apparitions or Revelations (Congregation for the Doctrine of the Faith, 1978)

Pascendi Dominici Gregis (Pope St. Pius X, 1907): on the doctrines of the Modernists

Redemptionis Sacramentum (Congregation for Divine Worship and the Discipline of the Sacraments, 2004): on matters to be observed or avoided with regard to the Eucharist

Rule of the Dominican Laity (approved 1987): provided in English

Summorum Pontificum (Pope Benedict XVI, 2007): the long-awaited motu proprio freeing up the use of the Roman Missal of Bl. John XXIII; accompanying Letter to the Bishops

Syllabus of Errors (Lamentabili sane) (Holy Office, 1907): the Errors of the modernists

Unam Sanctam (Pope Boniface VIII, 1302): being subject to the Roman Pontiff is essential for salvation

Universae Ecclesiae (2011): instruction on the motu proprio Summorum Pontificum taking the Tridentine Mass out of mothballs (this link contains files of the document in English and Latin)

Veterum Sapientia (Bl. John XXIII, 1962): on the promotion of the study of Latin

A Doctor at Calvary: The Passion of Our Lord Jesus Christ as Described by a Surgeon, by Pierre Barbet, M.D.

An Exorcist Tells His Story, by Fr. Gabriele Amorth

Architects of the Culture of Death, by Donald DeMarco and Benjamin Wiker

Before the Dawn: Autobiographical Reflections by Eugenio Zolli, Former Chief Rabbi of Rome (the rabbi's lifelong journey toward the Church)
Blessed Charles of Austria: A Holy Emperor and His Legacy, by Charles Coulombe

Calls from the Message of Fatima, by Sr. Lucia of Fatima

Catholicism and Fundamentalism: The Attack on "Romanism" by "Bible Christians", by Karl Keating

Characters of the Inquisition, by William Thomas Walsh

Characters of the Reformation, by Hilaire Belloc
Christus Vincit: Christ’s Triumph over the Darkness of the Age, by Bp. Athanasius Schneider and Diane Montagna

Crown of Glory: The Life of Pope Pius XII, by Alden Hatch

Degenerate Moderns: Modernity as Rationalized Sexual Misbehavior, by E. Michael Jones
Deliverance Prayers, For Use by the Laity, by Fr. Chad Ripperger

Dialogue of Comfort against Tribulation, by St. Thomas More (I recommend the modern English rendition by Mary Gottschalk)

Dominican Saints, by Novices of the Dominican House of Studies
Drinking with Saint Nick: Christmas Cocktails for Sinners and Saints, by Michael P. Foley

Exorcism and the Church Militant, by Fr. Thomas Euteneuer

Fatima, in Lucia's Own Words, by Sr. Lucia dos Santos

Holy Eucharist, Our All, by Fr. Lukas Etlin, O.S.B.

Imitation of Christ, by Thomas a Kempis

Jesus of Nazareth: From the Baptism in the Jordan to the Transfiguration, by Pope Benedict XVI

Jesus of Nazareth: From the Entrance into Jerusalem to the Resurrection, by Pope Benedict XVI

Life and Revelations of St. Gertrude the Great

Light of the World: The Pope, the Church and the Signs of the Times, by Peter Seewald and Pope Benedict XVI
Living Machines: Bauhaus Architecture as Sexual Ideology, by E. Michael Jones
Logos Rising: A History of Ultimate Reality, by E. Michael Jones
Marcel Lefebvre: The Biography, by Bernard Tissier de Mallerais

Martin Luther: His Life and Work, by Hartmann Grisar, S.J.

Mother Angelica: The Remarkable Story of a Nun, Her Nerve, and a Network of Miracles, by Raymond Arroyo

Our Lady of Fatima, by William Thomas Walsh

Splendor of the Church, by Henri de Lubac
Star-Spangled Crown, by Charles Coulombe

Story of a Soul, by St. Therese of Lisieux

The End of the Present World and the Mysteries of the Future Life, by Fr. Charles Arminjon

The Facts about Luther, by Msgr. Patrick F. O'Hare

The Glories of Mary, by St. Alphonsus Liguori
The Great Facade, by Christopher Ferrara

The Incarnation, Birth and Infancy of Jesus Christ, by St. Alphonsus Liguori

The Incorruptibles, by Joan Carroll Cruz

The Last Secret of Fatima, by Cardinal Tarcisio Bertone

The Last Superstition: A Refutation of the New Atheism, by Edward Feser

The Life and Religion of Mohammed, The Prophet of Arabia, by Rev. J.L. Menezes

The Light of the World: The Pope, the Church, the Signs of the Times, by Peter Seewald and Pope Benedict XVI

The Myth of Hitler's Pope: How Pope Pius XII Rescued Jews from the Nazis, by Rabbi David Dalin

The Priest, His Dignity and Obligations, St. John Eudes

The Secret of the Rosary, by St. Louis de Montfort

The Soul of a Lion, by Alice von Hildebrand

The True Church: The Path which Led a Protestant Lawyer to the Catholic Church, by Peter H. Burnett

The Wonders of the Mass, by Fr. Paul O'Sullivan, O.P.

Where We Got the Bible: Our Debt to the Catholic Church, by the Rt. Rev. Henry G. Graham

GOOD ONLINE READS
(Some of Which Are Linked in V for Victory!)

"How the Eight Hundred Men of Otranto Saved Rome," by Sandro Magister: about Bl. Antonio Primaldo and his companions, who, in 1480, let the Muslims take their heads rather than renounce the faith

Nican Mopohua, by Antonio Valeriano: the oldest and most authoritative account of the apparitions of Our Lady of Guadalupe, originally written in Nahuatl

"Present at the Demolition", 2001 Latin Mass Magazine interview with Dr. Alice von Hildebrand about the changes to the Mass

"Saint Joan of Arc" by Mark Twain: a Freemason's tribute to a saint

Rubrics of the Mass, by Rev. William J. Doyle, S.J.

Scruples and Their Treatment, by Rev. William J. Doyle, S.J.

"The Case for the Latin Mass," by Dietrich von Hildebrand

"Why Am I So 'Into' the Extraordinary Form of the Mass?" by Rev. Christopher Smith