What's Controversial About This?

Trump says Madonna is disgusting for her performance at the Women's March last week.

Is this controversial?  She is disgusting.  She's been disgusting for years.


Is she guilty of the felony offense of threatening the President of the United States (see 18 U.S. Code § 871)?  I don't know.  Possibly not.  But even if she is not, she is still a nasty, lewd, crass, putrescent, awful, extraordinarily pathetic human being.  God help her.
Posted by Anita Moore at 11:42 No comments: 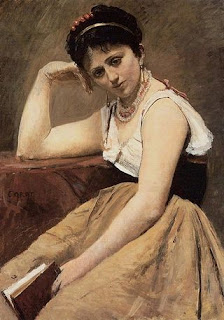 *Not addressed to the mercenaries who swelled the crowds in exchange for filthy lucre.
Posted by Anita Moore at 22:04 3 comments:

The Drivel Made Me Do It: Some Thoughts on President Trump

It's time, and past time, to step back and start applying some actual brain power to the anti-Trump hysteria.  People who ordinarily would not acknowledge the existence of devils are making an exception in Trump's case, and it's getting ridiculous.  I have to admit that it's been about a dozen years since I had television in my house -- which cuts down significantly on the amount of drivel I consume -- so that I am not immersed in network coverage about Trump; but based on the quality of the anti-Trump chatter I am hearing on a daily basis, that coverage has to be exceedingly selective, if not downright mendacious.  Some thoughts on the new Prez:

-- Some of the stories circulating out there about the President are just flat-out lies, like the business about the Russian prostitutes being hired to urinate in a bed the Obamas slept in.  Only liberals come up with perverted symbolic gestures of the sort attributed to Trump in this whopper.  Then there is the story that his father gave him $200 million to start the Trump Organization.  Trump has denied this, and in fact, it doesn't make sense in light of the fact that (a) he has several siblings, and (b) $200 million is nearly half of what Fred Trump's estate was worth at the time of his death in 1999.  And then there is the infamous one about him making fun of a reporter because the reporter had a disability.  I am persuaded this did not happen.  Trump has a stock mannerism that he uses to describe cluelessness and groveling, which he appears to have deployed on the occasion in question.  You can dispute whether anyone should ever be made fun of for any reason, but Trump mocked the guy on his merits and not because he has a withered hand.

-- And while we're on the subject of mocking the afflicted: if we turned back the clock 20 or 25 years, would we find today's shocked and saddened liberal luminaries busily making fun of Ronald Reagan for suffering from dementia?

-- Then there are the lies by omission.  Trump's wall on the Mexican border draws thunderous applause from his supporters and wailing and cries of racism from liberals.  But what never gets talked about is what he always says every time he brings up the wall: that the wall will be full of "big, beautiful doors" to let people in who want to come here legally.  The wall is about illegal immigration: on more than one occasion, Trump has said he wants legal immigrants coming into this country by the tens of thousands.  He has also decried violence against gays -- for instance, at the Republican National Convention, in his speech accepting the nomination.  Yet people run around acting as though any second now, Trump is going to round up all the gays and all the immigrants and all the women and minorities (that he hasn't nominated to cabinet posts) and ship them off to Siberia.

-- There is no excuse for relying exclusively on the mainstream media's carefully selected, heavily edited Trump crumbs to find out what to think of the man, when he has led such a high-profile life for decades and everything he has done and said publicly is out there for the finding, without filters.  Trump's oeuvre is rich pickings for anyone who is determined to find something to dislike about him, since he did not live his life with a view to avoiding the things that could hurt him in case he ran for President.  His speeches are all over YouTube.  He has written about 20 books which do not require a college education to read.  His most recent book outlines his political agenda.  Much of his writing is about his business philosophies and his business life.  And if you read about his business life, it starts to dawn on you that, for a guy who allegedly has so little respect for women, over the years, he has placed a lot of women in positions of trust and heavy responsibility in his Trump Organization.

-- Even without reading any of his books or listening to any of his speeches, it shouldn't take more than half a minute of thought to realize that Donald Trump cannot be as stupid or as ignorant or as lazy or as lightweight as he is portrayed.  The man is a multi-billionaire.  He has done a lot of gigantic property development and construction projects, which requires him to be informed about construction, architecture, laws, and how to deal with local governing bodies that he has to appeal to for licenses and permits.  Even if it were true that his father gave him a $200 million start, if he was that big an idiot, one would have expected him to just run through it, instead of going on to dwarf the fortune his father made.  Until he put everything in trust for the duration of his presidency, Trump had all sorts of business ventures in various parts of the country and the world.  He has been constantly on the lookout for new opportunities.  This means keeping well-informed about current events, markets, people he wants to make deals with, and the products he sells.  It also means putting in very long work days and wasting as little time as possible.  In his books, he talks about getting up at 5 a.m., spending several hours a day reading, and about the importance of meticulous planning and preparation and attention to details.

-- People fault Trump for being full of himself and lowbrow.  These same characteristics that some argue disqualify Trump to lead the nation would have also disqualified Winston Churchill, who was just as bad, if not worse, on those scores.  Am I saying Trump is the next Churchill?  No.  But Churchill had an exceedingly high opinion of himself, especially in his youth, when he sought out battles for the express purpose of gaining glory and making himself more marketable as a political candidate.  Then there is the story told of Churchill that in early 1945, he crossed the Channel to visit the front and took the occasion to urinate on the Siegfried Line.  Churchill also drank a lot -- Trump is a teetotaler -- and had the Dardanelles catastrophe of World War I on his resume.  History overlooks these items in its overall assessment of Churchill as a great world leader, suggesting that perhaps when it comes to forming judgments, we are not always worried about all the right things.

Perhaps, in connection with Trump's reputation as an alleged prima donna, it is worth noting that the one thing he hardly referred to at all in his inaugural address was -- himself.
Posted by Anita Moore at 18:37 4 comments:

There are tons of videos up of the oath of office, and the speech (!) and the parade, but this one especially cheered me up: the First and Second Couples' first dance.


Why this cheered me up so much, I can't quite say.  Let's face it: neither Trump nor Pence are very good dancers.  But so what?  We didn't elect them for that.

I am liking the new tone of patriotism and pride in America. 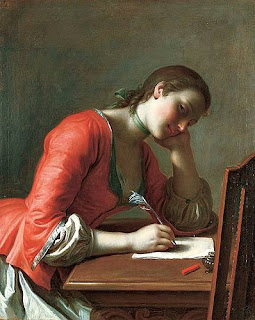 -- Nobody will come up with a low-cal, superfood version of cheese puffs of any quality.
Posted by Anita Moore at 19:51 4 comments: