The Collegial Consecration of Russia Has Clearly Never Been Done 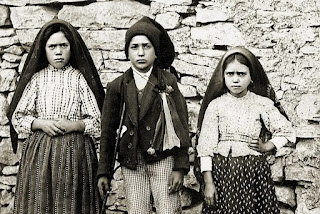 Years ago, Cardinal Bertone announced to the world that in fact the collegial consecration of Russia was done as asked in 1984 -- by the Pope and all the world's bishops together -- and claimed that Sister Lucia, the last living Fatima seer, confirmed this.
Really?  Yes, the Iron Curtain fell within a few years of John Paul II's consecration of the world (omitting to specifically name Russia), proving only that no prayers for Our Lady's intercession are fruitless.  But since she is the Exterminatrix of heresies, and the ideology of the Soviet Union obviously has yet to be exterminated, something has obviously been left undone by us.  Do we look like we're in a period of peace as Our Lady promised?  On the contrary, we are more at each other's throats than ever, even within our own nations, and even within the Church.  Our own governments and cultural institutions have made war on us and on our natural-law right to bodily integrity.  Our own shepherds have joined them by locking us out of our churches, threatening to make a caste of untouchables out of those who refuse the abortion-tainted covid vaccines, and seeking to exterminate the Mass of tradition.  Even traditional Catholicism is a circular firing squad.  When are we going to finally catch on to the bald-faced mendacity that is an entrenched habit of our ruling and cultural elites, both ecclesiastical and secular?
The collegial consecration of Russia is the way out of all this.  It's very simple, but our hearts, and the hearts of our prelates, have been too hardened to do it.  We have to pray hard for the specific intention that it be done, and soon.  The Confraternity of Our Lady of Fatima has been set up specifically to achieve this goal.
I would love to see Pope Francis, probably the worst Pope in Church history, do the collegial consecration.  It would be, at least as far as I can see, perfect.  He is brutal and authoritarian enough to whip all the world's bishops in line to join him in it or suffer excommunication (or maybe the public exposure of their Grindr memberships and other hidden felonies).  He is the absolute last man on earth who is likely to do it, so God would get all the credit.  And it would decisively answer the question of whether he is the true Pope.  Is this a pipe dream?  Humanly speaking, yes.  But nothing is impossible to God.  If enough of us pray hard for it, God is entirely capable of moving even Pope Francis to do it, whether by touching and converting his heart, or by giving him no peace whatsoever until he complies.
Prayer for the Holy Father to Consecrate Russia
By +Athanasius Schneider

O Immaculate Heart of Mary, you are the holy Mother of God and our tender Mother.

Look upon the distress in which the Church and the whole of humanity are living because of the spread of materialism and the persecution of the Church.

In Fatima, you warned against these errors, as you spoke about the errors of Russia.

You are the Mediatrix of all graces. Implore your Divine Son to grant this special grace for the Pope: that he might consecrate Russia to your Immaculate Heart, so that Russia will be converted, a period of peace will be granted to the world, and your Immaculate Heart will triumph, through an authentic renewal of the Church in the splendor of the purity of the Catholic Faith, of the sacredness of Divine worship and of the holiness of the Christian life.

O Queen of the Holy Rosary and our sweet Mother, turn your merciful eyes to us and graciously hear this our trusting prayer.