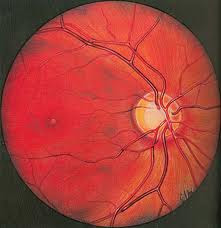 I'm about halfway through E. Michael Jones' absorbing book, The Medjugorje Deception: Queen of Peace, Ethnic Cleansing, Ruined Lives, published about a dozen years ago.  This book is not without its flaws: the editing is none of the best, and Jones, in his zeal, goes somewhat over the top in one or two places (e.g., lumping Mother Angelica, who supported the alleged Medjugorje apparitions, in the same category as the unscrupulous Franciscan friars of Herzegovina who acted as the "seers'" handlers).  But it is meticulously researched and investigated, and makes quite a persuasive case for the falsity of the alleged supernatural events at Medjugorje.

There is an awful lot wrong about the whole story: the childrens' lies from the very beginning about how the "apparitions" started (claiming they were out tending their sheep, when in fact they were out sneaking cigarettes); interviews between one seer and a sympathetic priest that revealed that the seer did not know what the Annunciation was, despite claiming that the Gospa had just spent the previous three years telling her her life story; the disobedience to the local bishop, who determined that nothing supernatural was taking place at Medjugorje; the proliferation of alleged seers; the prolixity of the alleged "messages," couched in New-Age-style rhetoric; one seer's claim, on live television, that the Blessed Mother recommended as "good reading" Maria Valtorta's Poem of the Man-God, which was on the Index of Forbidden Books (still binding, by the way, even though discontinued); the Blessed Mother's alleged claim that God thinks all religions are equal, to mention but a few.  And a lot of things have happened since Jones' book came out, not the least of which is the defrocking this year of Tomislav Vlašić, the former Franciscan  friar who acted as the visionaries' spiritual director, and who fathered an illegitimate child upon a nun, then abandoned them both around the time the so-called apparitions began.

But looking back on an exchange I had in one of my comboxes with a Medjugorjista on the occasion of Vlašić's reduction to the lay state, I notice there is something that has not happened.  Where is the much-ballyhooed "international shrine status" that has been promised to be forthcoming?  Did Medjugorje get declared an international shrine over the objections of the local ordinary and I missed it?  Hasn't the Church been on the point of approving the "apparitions" for nearly 30 years now?

By the way, in case you're wondering what the picture is above, it is an image of an eyeball affected by solar retinopathy -- damage to the retina caused by staring at the sun (e.g., to try and detect a solar miracle).  It is, unfortunately, not an unusual phenomenon among Medjugorjistas.  And it's permanent.  Talk about a lasting souvenir.
Posted by Anita Moore at 23:50