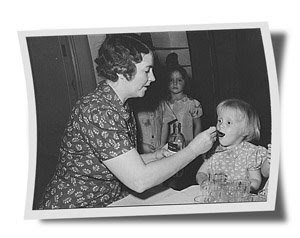 Fr. Tomislav Vlašić, the Franciscan priest who was once the spiritual director of the alleged seers of Medjugorje, and who was severely sanctioned last year by Rome, has been laicized and expelled from the Franciscan order.
A little over a year ago, Bishop Ratko Perić of the diocese of Mostar-Duvna -- the bishop having jurisdiction in the case of the alleged apparitions of Medjugorje -- released a statement explaining the canonical status of then Fr. Vlašić, who was under investigation "within the context of the phenomenon Medjugorje" by the Congregation for the Doctrine of the Faith, and had fallen under interdict latae sententiae. The bishop's statement includes the following (edited for italicization of foreign words and spelling, and with emphasis added):

The Decree of the Congregation mentions that Rev. Fr. Tomislav Vlašić, a cleric of the Franciscan Minor Order – the founder of the association ‘Kraljice mira potpuno Tvoji – po Mariji k Isusu’ and who is involved in the “phenomenon Medjugorje” – has been reported to the Congregation “for the diffusion of dubious doctrine, manipulation of consciences, suspected mysticism, disobedience towards legitimately issued orders and charges contra sextum [i.e., sins against the Sixth Commandment].”

Having studied the case, the Congregation during its special Congress decreed the following sanctions against Rev. Fr. Tomislav Vlašić:

“1. Mandatory residence in one of the houses of the Order in the region of Lombardy (Italy) to be determined by the Minister General of the Order and to be realized within thirty days from the time of the legitimate notification of this decree;

2. All contacts with the “Kraljice Mira…” community and with its members are prohibited;

3. Any actions involving juridical contracts and administrative organizations, whether canonical or civil, effected without the written permission ad actum of the Minister General of the Order and under his responsibility are prohibited;

4. A mandatory course of theological-spiritual formation, with a final evaluation along with a prior recognitio of this Congregation, and a solemn professio fidei;

5. The following are also prohibited: activities involving the ‘care of souls’, preaching, public appearances, while the faculty to hear confessions is also revoked up until the conclusion of the terms described in the previous number, barring an evaluation of the case.

An additional sanction of a latae sententiae interdict (can. 1332) reserved to the Apostolic See is adjoined in the case of the violation of the mandatory residence (n. 1) and the other prohibited acts mentioned in n. 3 and n. 5.

Fr. Vlašić is forewarned that in the case of stubbornness a juridical penal process will begin with the aim of still harsher sanctions, not excluding dismissal, having in mind the suspicion of heresy and schism, as well as scandalous acts contra sextum, aggravated by mystical motivations.

Staunch believers in the genuineness of the alleged apparitions of Medjugorje are quick to point out that the "seers" have been dissociated with Vlašić for some time, and would like to think that the discrediting of this priest is no reflection on Medjugorje (although, in 1990, Bishop Pavao Zanec, former bishop of Mostar, flatly pinned the responsibility for Medjugorje on Vlašić). However, it is hard not to read a message regarding Rome's views on the whole Medjugorje affair in the letter from the Minister General of the Order of Friars Minor announcing Vlašić's laicization and dismissal (my emphases):

To the Provincial Ministers of Bosnia-Herzegovina, Croatia, and Italy

The Holy Father, accepting the request of friar Tomislav Vlašić, O.F.M, member of the province of friars minor of St. Bernardino of Siena (L'Aquila), responsible for conduct harmful to ecclesial communion both in the spheres of doctrine and discipline, and under a censure of interdict, has granted him the favor of reduction to the lay state (amissio status clericalis) and of dismissal from the Order.

In addition, the Holy Father has granted the petitioner, motu proprio, the remission of the censure incurred as well as the favor of dispensation from religious vows and from all the responsibilities connected with sacred ordination, including celibacy.

As a salutary penal precept - under the pain of excommunication which the Holy See would declare, and if necessary, without prior canonical warning - the following precepts are imposed on Mr. Tomislav Vlašić:

a) Absolute prohibition from exercising any form of apostolate (for example, promoting public or private devotion, teaching Christian doctrine, spiritual direction, participation in lay associations, etc.) as well as of acquiring and administering goods intended for pious purposes;

b) Absolute prohibition from releasing declarations on religious matters, especially regarding the "phenomenon of Medjugorje";

c) Absolute prohibition from residing in houses of the Order of Friars Minor.

For the execution of the serious measures imposed by the Holy See regarding Mr. Tomislav Vlašić, the same Apostolic See calls directly on the Superiors of the Order.

Therefore I turn to you, so that you make sure to instruct the Guardians and superiors of friaries about full compliance, by Tomislav Vlašić, with the pontifical measures regarding him, in particular relative to the prohibition of residing in any houses belonging to the Order of Friars Minor, under pain of removal from office.

Trusting in your full understanding and prompt cooperation, I greet you fraternally.
Rome, 10 March 2009.

To me, at any rate, it seems from the above that the following conclusions may reasonably be drawn:

-- Since the study by the Congregation for the Doctrine of the Faith was done in the context of the Medjugorje phenomenon; the offenses which Vlašić was alleged to have committed were described as having "mystical motivations"; and Vlašić has been explicitly ordered, upon pain of excommunication, not to make any public pronouncements on the subject of Medjugorje, it is clear that, as far as the Holy See is concerned, Vlašić is not and cannot be dissociated from Medjugorje, however much the Medjugorje people would like him to be.

-- It seems clear from the language of the above letter that this outcome represents something in the nature of a plea agreement.

-- Since Vlašić is forthrightly blamed for "conduct harmful to ecclesial communion" in the spheres of both discipline and doctrine, and since Rome clearly views this as inextricably bound to Medjugorje, I for one do not see how it can possibly be hoped that Rome will ever declare Medjugorje worthy of belief.

Much is made of the "fruits" of Medjugorje -- conversions, vocations, reversions, people having more recourse to the Sacraments -- which are constantly held up as proof of its authenticity. But if we are to look at the fruits, then surely we cannot ignore this exceedingly bitter fruit -- far from the only bitter fruit -- in the person of the individual whom the former bishop of Mostar described as the "creator" of Medjugorje. Whether the partisans of Medjugorje like it or not, this is a sore blow to their cause.