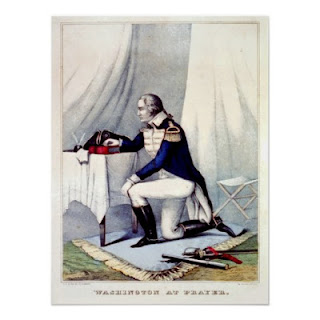 The First Amendment to the Constitution, which also applies to the states via incorporation into the Fourteenth Amendment, reads in its entirety:


Congress shall make no law respecting an establishment of religion, or prohibiting the free exercise thereof; or abridging the freedom of speech, or of the press; or the right of the people peaceably to assemble, and to petition the Government for a redress of grievances.


The guarantee of religious liberty under the First Amendment is a dying letter. The pragmatic utilitarian elite of this country has chipped away at it for decades, to the point where frontal assaults on the Free Exercise clause have become brazen and commonplace.  The strategy has been to foist upon us an entirely perverse reading of the Establishment Clause, pursuant to which it is alleged that, in order for freedom to flourish, religion must absent itself entirely from the public sphere.  Since Christianity of its very nature requires public expression, this is really war on the Church.

Not only does the pragmatic utilitarian interpretation of the Establishment Clause emanate from the nether regions; it is utterly without historical foundation.  It cannot be possible that the Framers intended to make this country a Christianity-free zone.  Madison and Jefferson were still living when George Washington came out with the following proclamation:


By the President of the United States of America, a Proclamation.

Whereas it is the duty of all Nations to acknowledge the providence of Almighty God, to obey His will, to be grateful for His benefits, and humbly to implore His protection and favor-- and whereas both Houses of Congress have by their joint Committee requested me to recommend to the People of the United States a day of public thanksgiving and prayer to be observed by acknowledging with grateful hearts the many signal favors of Almighty God especially by affording them an opportunity peaceably to establish a form of government for their safety and happiness.

Now therefore I do recommend and assign Thursday the 26th day of November next to be devoted by the People of these States to the service of that great and glorious Being, who is the beneficent Author of all the good that was, that is, or that will be-- That we may then all unite in rendering unto Him our sincere and humble thanks--for His kind care and protection of the People of this Country previous to their becoming a Nation--for the signal and manifold mercies, and the favorable interpositions of His Providence which we experienced in the course and conclusion of the late war--for the great degree of tranquility, union, and plenty, which we have since enjoyed--for the peaceable and rational manner, in which we have been enabled to establish constitutions of government for our safety and happiness, and particularly the national one now lately instituted--for the civil and religious liberty with which we are blessed; and the means we have of acquiring and diffusing useful knowledge; and in general for all the great and various favors which He hath been pleased to confer upon us.

And also that we may then unite in most humbly offering our prayers and supplications to the great Lord and Ruler of Nations and beseech Him to pardon our national and other transgressions-- to enable us all, whether in public or private stations, to perform our several and relative duties properly and punctually--to render our national government a blessing to all the people, by constantly being a Government of wise, just, and constitutional laws, discreetly and faithfully executed and obeyed--to protect and guide all Sovereigns and Nations (especially such as have shewn kindness unto us) and to bless them with good government, peace, and concord--To promote the knowledge and practice of true religion and virtue, and the encrease of science among them and us--and generally to grant unto all Mankind such a degree of temporal prosperity as he alone knows to be best.

Given under my hand at the City of New York the third day of October in the year of our Lord 1789.


Fast-forward 71 years to August 12, 1861, when the nation was beginning to be riven by a bloody Civil War:

Whereas a joint committee of both houses of Congress has waited on the President of the United States and requested him to "recommend a day of public humiliation, prayer, and fasting to be observed by the people of the United States with religious solemnities and the offering of fervent supplications to Almighty God for the safety and welfare of these States, His blessings on their arms, and a speedy restoration of peace"; and

Whereas it is fit and becoming in all people at all times to acknowledge and revere the supreme government of God, to bow in humble submission to His chastisements, to confess and deplore their sins and transgressions in the full conviction that the fear of the Lord is the beginning of wisdom, and to pray with all fervency and contrition for the pardon of their past offenses and for a blessing upon their present and prospective action; and

Whereas when our own beloved country, once, by the blessing of God, united prosperous, and happy, is now afflicted with faction and civil war, it is peculiarly fit for us to recognize the hand of God in this terrible visitation, and in sorrowful remembrance of our own faults and crimes as a nation and as individuals to humble ourselves before Him and to pray for His mercy -- to pray that we may be spared further punishment, though most justly deserved, that our arms may be blessed and made effectual for the re-establishment of order, law, and peace throughout the wide extent of our country, and that the inestimable boon of civil and religious liberty, earned under His guidance and blessing by the labors and sufferings of our fathers, may be restored in all its original excellence.

Therefore I, Abraham Lincoln, President of the United States, do appoint the last Thursday in September next as a day of humiliation, prayer, and fasting for all the people of the nation.  And I do earnestly recommend to all the people, and especially to all ministers and teachers of religion of all denominations and to all heads of families, to observe and keep that day according to their several creeds and modes of worship in all humility and with all religious solemnity, to the end that the united prayer of the nation may ascend to the Throne of Grace and bring down plentiful blessings upon our country.


When was the last time our bishops came out with anything as Catholic-sounding as this proclamation issuing from a secular head of state who was not himself Catholic?

Fast forward another 83 years to June 6, 1944, when even that paragon of progressivism, Franklin Delano Roosevelt, led the nation in prayer for the success of the Allied troops who at that moment were storming Festung Europa at Normandy:


My fellow Americans: Last night, when I spoke with you about the fall of Rome, I knew at that moment that troops of the United States and our allies were crossing the Channel in another and greater operation. It has come to pass with success thus far.

And so, in this poignant hour, I ask you to join with me in prayer:

Almighty God: our sons, pride of our Nation, this day have set upon a mighty endeavor, a struggle to preserve our Republic, our religion, and our civilization, and to set free a suffering humanity.

Lead them straight and true; give strength to their arms, stoutness to their hearts, steadfastness in their faith.

They will need Thy blessings. Their road will be long and hard. For the enemy is strong. He may hurl back our forces. Success may not come with rushing speed, but we shall return again and again; and we know that by Thy grace, and by the righteousness of our cause, our sons will triumph.

They will be sore tried, by night and by day, without rest-until the victory is won. The darkness will be rent by noise and flame. Men's souls will be shaken with the violences of war.

Some will never return. Embrace these, Father, and receive them, Thy heroic servants, into Thy kingdom.

And for us at home -- fathers, mothers, children, wives, sisters, and brothers of brave men overseas -- whose thoughts and prayers are ever with them--help us, Almighty God, to rededicate ourselves in renewed faith in Thee in this hour of great sacrifice.

Many people have urged that I call the Nation into a single day of special prayer. But because the road is long and the desire is great, I ask that our people devote themselves in a continuance of prayer. As we rise to each new day, and again when each day is spent, let words of prayer be on our lips, invoking Thy help to our efforts.

Give us strength, too -- strength in our daily tasks, to redouble the contributions we make in the physical and the material support of our armed forces.

And let our hearts be stout, to wait out the long travail, to bear sorrows that may come, to impart our courage unto our sons wheresoever they may be.

With Thy blessing, we shall prevail over the unholy forces of our enemy. Help us to conquer the apostles of greed and racial arrogancies. Lead us to the saving of our country, and with our sister Nations into a world unity that will spell a sure peace a peace invulnerable to the schemings of unworthy men. And a peace that will let all of men live in freedom, reaping the just rewards of their honest toil.

Thy will be done, Almighty God.  Amen.


A few months after this, in a move that today would probably result in a court-martial, General Patton began a campaign to get the entire Eighth Army to pray for an end to the driving rains that were hampering their efforts.  This was on the eve of the Battle of the Bulge.  Although this would prove to be the bloodiest battle of the whole war for the United States, the Eighth Army's prayers for good weather were answered, and the Allies won the battle.  It was Germany's last offensive of the war.

Finally, there is 36 U.S.C. § 119, enacted in 1952 and still on the books, despite the best efforts of the pragmatic utilitarian First Amendment rampart-watchers:


The President shall issue each year a proclamation designating the first Thursday in May as a National Day of Prayer on which the people of the United States may turn to God in prayer and meditation at churches, in groups, and as individuals.


In short, public prayer in the Judeo-Christian mold is an American tradition stretching all the way back to the Founding.  The idea that faith, and especially the Christian faith, is a purely private matter is entirely foreign to the American ethos and totally unsupported by history and tradition.  If we ever expect to turn this country around and get it back on the rails, it's time we push back.
Posted by Anita Moore at 20:00