Is Passing Cooties a Necessary Expression of Ecclesial Communion? 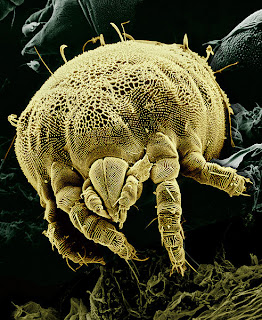 The last post featured a discussion about hand-holding at Mass as forced intimacy.  Now the question arises whether hand-holding is a necessary component/expression of communion -- that is, ecclesial communion (cf. paragraphs 946 et seq. of the Catechism of the Catholic Church) -- with our fellow Catholics.

In arriving at an answer to this question, a few salient facts need to be recognized.  Firstly, the Church does not instruct us to hold hands during Mass.  Secondly, at least some of our shepherds, exercising their legitimate teaching and governing authority, are discouraging the practice. Thirdly, non-Catholics and even some who are not baptized often attend Mass and get swept up into the hand-holding; in what sense can we truthfully express "communion" in the sense it is here meant with those who are objectively and by definition not in ecclesial communion?  Fourthly, why, if hand-holding is essential, is it not done in every Catholic rite?  Fifthly -- and perhaps most significantly -- the practice only dates back to about the 1970s.  If hand-holding is indispensable to our sense of ecclesial communion, why did it take until about 40 years ago for us to start doing it?

Hand-holding is totally unnecessary.  We are already one, not only with each other at Mass, but also with the Holy Souls in Purgatory and all the blessed in heaven, and all who will ever attain heaven, as members of the Mystical Body of Christ and partakers of the one Eucharist.  In fact, here is a secret: where everyone at Mass is really focused on God, and giving Him the worship that He is due, without diverting their attention to their neighbors, the whole community aspect takes care of itself -- and in a much deeper and satisfying way than the superficial, pop-psychology group-therapy ice-breakers that have crept uninvited into the liturgy.  God even occasionally grants us a feeling of the love-communion between ourselves and the rest of the congregation, even though we do not know them: a taste of the Communion of Saints. This is true even in -- perhaps one could say especially in -- the allegedly stodgy, hide-bound, chauvinistic Traditional Latin Mass, where there is no room for the touchy-feely infestations that have plagued the Ordinary Form of the Roman Rite.  Here is a fulfillment of the Scriptural promise that if we seek first the Kingdom of God and His Justice, the rest will be added unto us.


But we short-circuit this promise when we do our own thing at Mass and try to do "communion" on our own.  This makes hand-holding not only unnecessary, but worse than unnecessary.  It is a distraction that diverts our attention away from the Eucharist that is the true source of our Christian unity, and even causes us to believe that the Eucharist is not sufficient.  It leads us away from a true understanding of our Catholic faith, and toward a distaste of that which is authentically Catholic and therefore really calculated to bring us closer to God.

Even though hand-holding only started the ecclesiastical equivalent of thirty seconds ago, there are many who ascribe all kinds of imaginary meaning to the practice, and would feel deprived of a sense of communion if they couldn't engage in it.  That a false significance, unsupported by any legitimate authority, has attached to this innovation in so short a time itself shows its perniciousness.  Authority is critical in the Church, even more than in the arena of the civil law, where binding precedent must always be consulted before a legal determination is made; the acceptance and embrace of traditions of men ought to be completely foreign to the Catholic mind.  Yet here is a classic example of an artificial tradition in action, to the detriment of true faith.  This false tradition can't be done away with too soon.
Posted by Anita Moore at 16:40