Earth Day is really Lenin’s birthday — an anti-feast if ever there was one.  Here is Lenin in a mugshot from 1895, looking every inch the punk kid brother of satan. 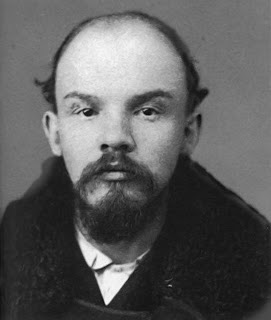 Let us also not forget that the founder of Earth Day was Ira Einhorn, a guy who murdered his girlfriend, Holly Maddox, in 1977 and then hid her body in a trunk in his closet.  He jumped bail, fled to Europe on the eve of his trial, and was extradited back to the United States in 2001.  Although he had previously been convicted in absentia, he received a new trial upon his return.  At his trial, he blamed the CIA for her murder, saying they framed him because he knew too much about their paranormal research.  The jury disagreed and convicted him.  Last year he died in prison, a real hero of our times.

Today I am happy to be able to burn some light bulbs and run an internal combustion engine several times in honor of Earth Day.