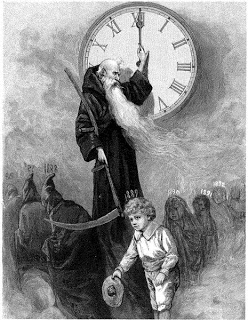 2019 has been a most eventful year, not least for me.  This year I became a homeowner.  Then, on the very afternoon of the day I closed on the house, my car was totaled in a collision and I had to then buy another car.  2019 has also been a very eventful year for the country, and for the Church.
January

1: Catholic Austria legalizes same-sex "marriage."
3: A Chinese probe becomes the first man-made object to land on the far side of the Moon.
23: New York legalizes abortion up to birth.  The legislature gives itself an ovation and "Catholic" governor Andrew Cuomo orders the pink lighting up of New York landmarks in celebration.
27: Islamic terrorists bomb the Roman Catholic cathedral of Our Lady of Mount Carmel in Jolo, the Philippines, killing 20 and injuring 120.
29: Pakistan's supreme court upholds Asia Bibi's acquittal for blasphemy.

1: President Trump pulls the U.S. out of the 1987 Intermediate Range Nuclear Forces Treaty, citing Russian non-compliance.
3: Pope Francis visits Abu Dhabi where, in a shocking break with Catholic doctrine, he declares that God wills the diversity of religions.
12: Discovery of the wreck of the U.S.S. Hornet at the site of the Battle of the South Pacific.  Also: North and South Korea announce a joint bid to host the 2032 Summer Olympics.
13: End of mission for Mars rover Opportunity, which ceased communications in June of 2018.
14: William Barr is confirmed as Attorney General.
15: President Trump declares a national emergency at the southern border.  Democrats gear up to challenge his declaration in court.
21: Jussie Smollett is arrested for filing a false police report in connection with his staged "mugging" at the hands of Trump supporters.
26: Cardinal Pell of Australia is convicted of child sex abuse charges, for which he will receive a six-year sentence.
27: Beginning of the Hanoi Summit between the United States and North Korea.

8: Felicity Huffman and 13 co-defendants plead guilty to charges related to bribing top-drawer colleges into admitting their children regardless of merit.
11: Korea's 1953 abortion ban is overturned in court.
15: The Cathedral of Notre Dame in Paris is severely damaged in a fire.  The high altar survives, while the Novus Ordo picnic table altar is crushed beneath the remains of the collapsed roof.
25: Several people die in a wave of tornadoes across Texas and Louisiana.
30: Emperor Akihito of Japan abdicates in favor of his son, Naruhito, making him the first Emperor of Japan to abdicate in over 200 years.

6: Birth of Archie Mountbatten-Windsor, seventh in line to the British thronefirst child of the Duke and Duchess of Sussex, Prince Harry and Meghan Markle.
12: Islamic terrorists burn down a Catholich church during Mass in Dablo, Burkina Fasso, killing six, including the priest.
15: Governor Kay Ivey of Alabama signs into law legislation that criminalizes abortion except when "necessary" to avert a serious health risk to the mother.
21: In yet another blow to human dignity, Washington state legalizes human composting.
23: John Walker Lindh, who has not renounced Islamic extremism, is paroled 17 years into his 20-year prison sentence.
26: Terrorists shoot up a Catholic Church in Toulfe, Burkina Faso, killing four.
30: Governor Jon Bel Edwards of Louisiana signs a bill banning abortions as early as six weeks.
31: Murder spree, Virginia Beach, Virginia: a disgruntled city employee murders 12 and wounds four before being shot dead by police.

7: Police arrest an Islamic terrorist who had planned to attack Times Square in New York City.
15: The first Mass is celebrated at Notre Dame Cathedral since the fire on April 15th.
18: President Trump announces he will run for re-election in 2020.

2: Nike cancels its line of Betsy Ross flag shoes after Colin Kaepernick attacks them as "racist"; in response, Rush Limbaugh launches a "Stand Up for Betsy Ross" merchandise campaign that raises more than $5 million for Tunnels to Towers, a charity that pays off mortgages for the families of fallen soldiers and first responders.
9: Protests, still ongoing, in Hong Kong against the move to establish measures to extradite fugitives to mainland China.
23: Boris Johnson is elected lead of the United Kingdom's Conservative Party.  The Queen will ask him to form a government as Prime Minister the following day.
25: The feds resume usage of the death penalty.
28: Murder spree, Gilroy, California: shooter kills three and wounds 12 at the Gilroy Garlic Festival before being shot dead by police.
29: Announcement of Capital One data breach, in which the data of 106 million people in the United States and Canada were compromised.
31: Dozens are wounded in an explosion at the ExxonMobile oil refinery in Baytown, Texas.

4: Murder spree, Dayton, Ohio: a shooter murders nine and injures 27 a bar before being killed by police.
5: Harland and Wolff, the shipbuilding company that constructed the Titanic, effectively goes out of business after 158 years.
10: Sex trafficker and billionaire Clinton pal Jeffrey Epstein is found dead in his jail cell in an apparent "suicide."
14: A shooter on a spree in Philadelphia hits six police officers, though not fatally.
15: The state of Israel puts the kibosh on anti-Semitic congresswomen Ilhan Omar and Rashida Tlaib's planned visit on account of their support for the Palestinians' boycott, divestment and sanctions campaign.

5: Going in for self-parody, the city of San Francisco, which cannot stop people from taking a crap all over the pavement, declares the National Rifle Association a "domestic terrorist" organization.
17: Bogus "impeachment hearings" against President Trump begin.
20: Prince Andrew of the United Kingdom is accused of patronizing Jeffrey Epstein's sex trafficking enterprise.

6: Beginning of the Amazon Synod, which will feature pagan worship and idols in the Vatican and on the altar of St. Peter's.
13: Canonization of John Henry Newman.
19: The government of Chile declares a state of emergency over rioting in Santiago triggered by increases in subway fares.
21: Alexander Tschugguel, an Austrian Catholic, removed five pachamama idols from the Catholic church of Santa Maria in Traspontina and threw them into the Tiber, electrifying faithful Catholics around the world.


4: NASA announces it has received its first message from interstellar space, from Voyager 2.
11: Mercury transits the Sun.  The next such transit will take place in 2032.
14: Murder spree, Santa Clarita, California: a 16-year-old shooter at Saugus High School kills two and wounds five before turning the gun on himself.
20: Prince Andrew withdraws from public life on account of his involvement with Jeffrey Epstein.
29: An Islamic terrorist stabs two and injures three others on London Bridge, before being shot dead by police.

1: Terrorist assault on Christian church in Foutouri, Burkina Faso, leaves 14 dead wounds dozens more.
10: Democrats unveil their laughable articles of impeachment against President Trump, whom they seek to remove from office due to their disagreement with his politics and policies.

May the turn of the decade bring peace, grace and blessings, none of which we deserve, all of which we long for whether we acknowledge it or not.