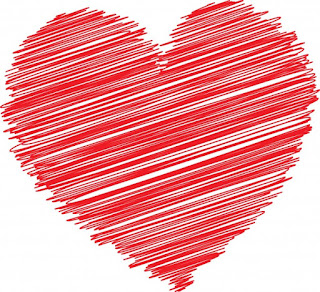 I first wrote these words eight years ago.  I made a few little changes; but overall, I think they are still true.

He who is sated loathes honey, but to one who is hungry everything bitter is sweet.
Proverbs 27:7
Now that the feminists have made the world safe for neanderthals by clearing away all the rules and taboos and social norms and fathers and truly masculine men that once kept boorish behavior in check, and put the kibosh on the sexual exploitation of women, all sorts of things are acceptable that should not be.  And now that the unacceptable is not only acceptable but respectable, many women seem unable any longer to distinguish between a good catch and a loser.  It is at once amazing, frustrating and heartbreaking to see what members of my sex are prepared to put up with in the name of Not Being Alone.  In our oversexed world, full of promiscuity, fatherless families and irreligion, we have been trained to view ourselves as nothing.

This is a depressing tide that I cannot stem alone.  But I still want to do my poor bit to shed some light into this overwhelming darkness, drawing upon my age and experience.  So, for all the ladies out there who are in a bad situation or teetering on the brink of one:

Your Boyfriend Is Probably a Loser If:

...He Is Violent and/or Emotionally Abusive.  Yes, this should be obvious, but sadly, for many, it is not.  Where there is true love, there is peace and trust.  Real love wants nothing but the best for the beloved; in fact, the ultimate goal of real love is the salvation of the other person as well as oneself.  No one who truly loves you is going to use physical force on you.  Period.  No one who truly loves you is going to terrorize you, or keep you in a constant state of frenzy, or belittle you or manipulate you.  Such behavior is repugnant to true love.  True love would rather die than treat the beloved that way.  If that is the treatment you are getting, run, and don't look back.

...He Is Chronically Unemployed.  Bad times hit us all.  I have been out of work and I have been underemployed in my life, and I know exactly how harrowing it is to have bills mounting and little or no money coming in.  But if your boyfriend is out of work, what's he doing about it?  Is he out pounding the pavement?  Is he at the unemployment office combing the classifieds, sending out resumes, making phone calls, visiting potential jobsites, signing up with temp agencies?  Is he taking anything and everything that comes along, no matter how grueling or humiliating, until he finds a good job?  Sending out an application a day is not looking for work.  Devoting ten minutes a day to job hunting and spending the remaining 23 hours and 50 minutes to sleeping, playing video games and bumming smokes is not looking for work.  Waiting to be named ambassador to the Court of St. James is not looking for work.  Is your boyfriend capable of holding a job for more than two weeks at a stretch, or has he had six jobs in the last six weeks?  Does he show up on time to work, and do his job diligently?  Or does he party all night and then sleep until 3:00 p.m.?  Is his mother paying his bills?  Are you?  If a guy is not serious about work, how can he be serious about a relationship?  His excuses for being out of work, by the way, should hold no water in times, like right now, when this country has millions more jobs than there are people to fill them.

...He Is Mutilating Himself Extensively.  Satanic and occult symbols, prison gang logos and swastikas permanently emblazoned on a guy’s skin are definitely things that should make you turn and run.  And, I know I am bound to catch hell for this in an age when everybody and anybody seems to be getting tattoos and piercings, but: you seriously need to think about how wise it is to get involved with a guy who has tons of tats and all kinds of piercings, especially on his face and neck.  It is a sign of a less-than-respectable lifestyle.  Sorry, but after many years as a career public defender, this is my experience.  Yes, there are many professionals who have ink, but almost never right on their faces, or on their necks.  Face tats and face piercings are common among people who are involved in drugs and other illegal activities, and who have been in prison.  But even if this were not the case, you have still to consider that a man’s willingness to cover himself in tattoos and piercings, especially from the shoulders up, tells you something about his priorities.  For one thing, tats and piercings are not cheap, and they add up the more you accumulate.  For another, ink and studs on your face cut you off from many respectable avenues of employment.  How easy will a man find it to support a family when he has the words “DIE” “PIGS” tattooed where his eyebrows ought to be?  Finally, what is it that makes a person not want to leave his body, and especially his face, the way God made it?  Think hard about this.

...You Are Taking Care of His Financial Obligations to the Criminal Justice System.  First off, if your boyfriend has constant entanglements with the criminal justice system, don’t walk, but run for the nearest exit.  He’s not in all that trouble because the cops are out to get him: the common denominator in all his woes is him.  Secondly, if you are constantly bonding his ass out of jail, or paying his fines, or paying for his court-ordered domestic violence treatment that he has to do because he beat you up, that should tell you everything you need to know about what he thinks is your mission in life.

...You Are Constantly Accompanying Him to Court.  This might be your turkey’s idea of a date, but it should not be that of any woman in her senses.  Add another three strikes if the reason you’re accompanying him is because his driver’s license is suspended and you are his ride.

...He Does Drugs or Abuses Alcohol.  A guy who does drugs is not taking care of business.  He is, however, wasting a lot of time and money on his habit.  Habitual drug use and habitual alcohol abuse do impair your mental faculties over time, and they do stunt your emotional growth — and yes, this includes marijuana.  An active addict cannot cope with life’s vicissitudes, great or small — except by using or drinking.  Also, if the guy does illegal drugs in your home, or uses your car for his illegal drug activity, you could end up having your property forfeited out from under you.  Plus, people do steal in order to nourish their habit.  Don’t imagine he’s above stealing from you.  A guy who abuses alcohol will be a source of endless domestic misery even if he can hold down a steady job.  Marrying an addict will not cure the addiction.

...He Asks You for Sex and You’re Not Married.  Startling — in this day and age — but true.  Sex is not merely recreational.  It is the deepest expression of love and commitment possible between two human beings.  It is a total self-giving.  It leads to the creation of life.  It calls for reverence.  That is why it is only for marriage.  Anything outside of marriage is a mockery.  A man who wants to bed a woman down without any sort of commitment is only using her.   Every good father understands this: that is why good fathers are the natural enemies of boys who want to bed down their daughters.  It is a shame that so many girls grow up in fatherless families, and therefore never learn this.  But if you have a good father, or know one, think about this: run from any man who wants to do anything with you that he couldn’t do in front of a loving father.

Ladies: it is perfectly okay to be alone.  In fact, that may well be your vocation.  It is far, far better to be alone than to live in the captivity of an emotional slave-driver.  If your man is a bum, the love of a good woman is not all that he needs to become a good man.  If he is a bum, he is incapable of appreciating you or your love, except to the extent you serve his purposes for the moment: you cannot fix him.  If he is a criminal, it is beyond your poor power to reform him.  You will not succeed where the criminal justice system, with all its money and coercive police power and shrinks and probation officers and prisons, have failed.  The cube of sugar he tosses you now and then is not worth the gallons of bile you get the rest of the time.

A man is not a unique fixer-upper opportunity.  Look: you can’t cure a decent man of annoying little habits like leaving the seat up, or throwing his socks on the floor, or filling the bathroom sink with his whiskers.  If you can’t do that, you certainly will not make a Sir Galahad out of an Al Capone.
Posted by Anita Moore at 19:59