The End of the Church's Prague Spring 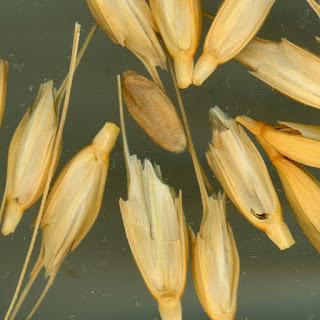 A soul that is full shall tread upon the honeycomb: and a soul that is hungry shall take even bitter for sweet.

Gratiano speaks an infinite deal of nothing, more than any man in all Venice. His reasons are as two grains of wheat hid in two bushels of chaff: you shall seek all day ere you find them, and when you have them, they are not worth the search.


The new apostolic exhortation has given rise to so much Sturm und Drang that I feel the need to crawl out from under my rock for a minute.  That commentators find themselves obliged to reach so strenuously for orthodox interpretations of everything in this text -- or indeed in any of the Holy Father's voluminous outpourings -- shows the depth and breadth of the Church's current crisis, and how desperate we are for any crumb of comfort.

But while there is consolation to be had from the continuing institution of the Papacy, which is a sign of the Four Markers of the True Church -- one, holy, Catholic and apostolic -- there is no consolation to be had from the man, Jorge Bergoglio, who now holds the office.  Look: the current occupant of the Throne of Peter is a standard-issue, spirit-of-Vatican-II liberal.  Just look at some of the prelates he has sidelined, and look at those who obviously stand in his favor.  Look at his words -- his many, many, many words -- and his conduct.  Look at his authoritarianism.  Look at the confusion that follows in his wake.  Look at the enthusiasm for him of all the other standard-issue, spirit-of-Vatican-II liberal priests and bishops, and contrast that with their attitude toward his immediate predecessor.  Look at the fact that so many non-Catholics love him precisely because he does seem to represent a break from Catholicity.

Pope Francis is entirely unlike his immediate predecessor, Pope Benedict XVI -- and that is exactly what too many people in the Church hoped for.  The depth of the hatred for Pope Benedict from day one of his pontificate cannot be overstated.  He was hated in my own backwater diocese.  I don't know how else to explain the failure -- indeed, refusal -- to implement his reforms within a 300-mile radius of the cathedral parish; or the fact that, at the then-bishop's Mass on that awful Ash Wednesday, 2013, not a syllable was uttered about the earthquake that had just stricken the Church.  Pope Benedict restored some of the treasures of our Catholic patrimony that the mailed fist of "liberalism" tried to pound out of existence.  He measured his words and his actions carefully, and submitted to the trappings of the office, which he knew were meant to honor, not him, but the One Who instituted the office.  He generated a great deal of controversy, but never confusion; and that is why he was so loathed by the Church's enemies, both from within and from without.

Jorge Bergoglio, on the other hand, is, for better or for worse, much more to the liking of worldlings; thus, he has never, in all the three years of his reign, taken the salvos from the sewer that Josef Ratzinger took just during the moment he stepped out on the balcony in papal vestments.  The liberals are bound to be disappointed in Pope Francis to some extent, because many of them still do not get that the Church is not a mere human political institution, and that the Holy Spirit does indeed protect her from utter destruction, and therefore sets limits to the evils and follies of the men who populate her hierarchy.  But who can now doubt that the liberals are right to identify Francis as one of their own?  The Church's current chastisement was never going to play itself out until we got a "spirit-of-Vatican-II" pope; and now, that is just what we have got.  The assault on the wholesome traditions of our fathers, beaten back under Pope Benedict, has now been redoubled under Francis, at the hands of liberal priests and bishops who think this is their Big Mo'.  We are so overwhelmed with evil from the secular culture and confusion within the Church that we devour any crumb of comfort, trying desperately to spin things that come out of Rome as harbingers of reform. We hail the tiniest victories as great successes and a sign that things are getting better. Yet these soon get swallowed up in the status quo ante, and before you know it, we are back to square one.

When Pope Benedict abdicated, I wondered if we had not arrived at the time St. Don Bosco spoke of in recounting his vision of the two pillars, and the enemy assaults on the Barque of Peter.  I wondered if Pope Benedict was not the slain Pope in that vision.  Three years into the reign of Pope Francis, new thoughts emerge.  Perhaps the slaying of the Pope in the vision is not so much the slaying of a man but the apparent destruction of the papacy itself.  To all appearances, the papacy at present seems to be unmooring itself from the Catholic faith, failing to confirm the brethren in the Faith and sowing confusion, to the great joy of the Church's enemies, who think they see victory on the horizon.  But in fact the papacy cannot be destroyed, despite outward appearances: the death of the Pope was not the end of the vision.  Once the Pope was dead, there was no delay in electing the new Pope, who routed the Church's enemies and brought her calm and peace.

Still, until that moment arrives, we have much to suffer.  All we can do is watch and pray, and ride out the storm until we are finally granted the victory.
Posted by Anita Moore at 00:11