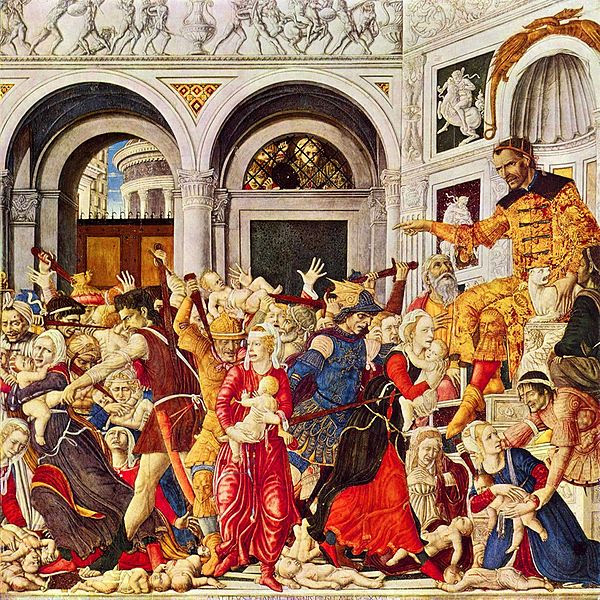 
Herod the Great ordered the massacre of the Innocents in order to eliminate the Christ Child, Who he feared would deprive him of his kingdom.  Herod was a great murderer in general, particularly of his own children: the Emperor Augustus is said to have remarked that he would rather be Herod's pig than his son.   Not long after the birth of Christ, according to the Jewish historian Flavius Josephus, Herod died a disgusting, excruciating death in Jericho -- a city that, in Scripture, symbolizes the world that is opposed to the kingdom of heaven.

Herod -- who was killing people right until the end, and even tried to have the murders continue after his death -- was punished in this life by colon pains, convulsions, terrible itching all over his body, fever, and the putrefaction and infestation by worms of his private parts.  What kind of punishments can we expect, who have outstripped Herod's homicidal assaults on babies in both numbers and brutality, even going so far as to enshrine the murder of the unborn in our laws as a constitutionally guaranteed "right"?  When have we ever hated children more than in this present day?

Holy Innocents, pray for us.
Posted by Anita Moore at 13:20