What We Are Up Against 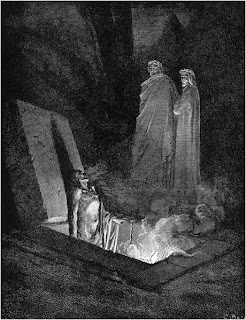 The Democrat National Convention is a good occasion to stop and think about Saul Alinsky's Rules for Radicals -- the primer of today's generation of Democrat leaders.  Supertradmum and Fr. Z have posted them -- in the interest of stimulating as much though as possible at this critical time, I hereby jump onto the bandwagon.  In contemplating these rules, it is important to consider their ultimate origin, and how susceptible we all are to the techniques they describe, no matter smart or educated or well-meaning we may be.  In fact, it is precisely the highly-educated and the intellectuals, long on degrees and short on humility, that are in most danger of being overmastered by these techniques.

RULE 1: “Power is not only what you have, but what the enemy thinks you have.” Power is derived from 2 main sources – money and people. “Have-Nots” must build power from flesh and blood.

RULE 2: “Never go outside the expertise of your people.” It results in confusion, fear and retreat. Feeling secure adds to the backbone of anyone.

RULE 3: “Whenever possible, go outside the expertise of the enemy.” Look for ways to increase insecurity, anxiety and uncertainty.

RULE 4: “Make the enemy live up to its own book of rules.” If the rule is that every letter gets a reply, send 30,000 letters. You can kill them with this because no one can possibly obey all of their own rules.

RULE 5: “Ridicule is man’s most potent weapon.” There is no defense. It’s irrational. It’s infuriating. It also works as a key pressure point to force the enemy into concessions.

RULE 6: “A good tactic is one your people enjoy.” They’ll keep doing it without urging and come back to do more. They’re doing their thing, and will even suggest better ones.

RULE 7: “A tactic that drags on too long becomes a drag.” Don’t become old news.

RULE 8: “Keep the pressure on. Never let up.” Keep trying new things to keep the opposition off balance. As the opposition masters one approach, hit them from the flank with something new.

RULE 9: “The threat is usually more terrifying than the thing itself.” Imagination and ego can dream up many more consequences than any activist.

RULE 10: “If you push a negative hard enough, it will push through and become a positive.” Violence from the other side can win the public to your side because the public sympathizes with the underdog.

RULE 11: “The price of a successful attack is a constructive alternative.” Never let the enemy score points because you’re caught without a solution to the problem.

RULE 12: Pick the target, freeze it, personalize it, and polarize it.” Cut off the support network and isolate the target from sympathy. Go after people and not institutions; people hurt faster than institutions.

So what are we to do in this war of nerves against Alinskyite assaults?  The most crucial thing, surely, is to possess sanctifying grace.  Sanctifying grace comes from participating in the sacramental life of the Catholic Church.  We can't hope to resist evil without it.  We are in a war against devils who still possess their native angelic intelligence and powers, and we cannot hope to defeat them on our own, without grace.  We can have brains, we can have courage, we can have skill, but without sanctifying grace, we are marching into battle, starving and completely naked, armed with nothing but a pocket knife and a trash can lid.  And I greatly fear, based on the way I see people living their lives, that many of us -- maybe even most of us, and even many Catholics -- do not possess sanctifying grace.  That is why our country is collapsing.  That, surely, is why so many people at the Democrat convention booed the resolution to put God back into the party platform.  It is a foretaste of hell on earth.

Any hope we have of pulling our country back from the brink of the abyss lies in doing the two things so many of us will do anything to avoid: repent and convert.

Put you on the armour of God, that you may be able to stand against the deceits of the devil.  For our wrestling is not against flesh and blood; but against principalities and power, against the rulers of the world of this darkness, against the spirits of wickedness in the high places.  Therefore take unto you the armour of God, that you may be able to resist in the evil day, and to stand in all things perfect.  Stand therefore, having your loins girt about with truth, and having on the breastplate of justice, and your feet shod with the preparation of the gospel of peace: in all things taking the shield of faith, wherewith you may be able to extinguish all the fiery darts of the most wicked one.  And take unto you the helmet of salvation, and the sword of the Spirit (which is the word of God).  Ephesians 6:11-17