Another Sign of the Sea Change: Meatless Fridays Reappear in the English-Speaking World 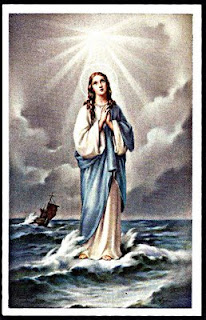 For those who doubt the sea change currently taking place in the Church, a recap of recent events:

Item: in 2005, an instruction is released reaffirming that homosexuals are disqualified from the Catholic priesthood.
Item: Summorum pontificum is released in 2007, taking the usus antiquior out of the deep freeze.

Item: severe canonical penalties -- including dismissal from the clerical state -- have been imposed on priests guilty of misconduct in recent years, including one of the Franciscans heavily involved in Medjugorje and the priest-founder of the LifeTeen movement.  The whole mechanism for dealing with sexual misconduct has been reformed and streamlined.

Item: several problem bishops have been unseated in recent months, including one in Australia who has been notorious for being a proponent of flagrant heresy.  No alternative grounds were proffered for the unseating of the Australian bishop (as, for example, in the case of the heretical Matthew Fox, who was expelled from the Order of Preachers on grounds other than heresy).

Item: Rome has just released Universae ecclesiae, a new instruction strengthening Summorum pontificum and making it clear that the Extraordinary Form of the Mass is to be re-introduced into the mainstream of Catholic life.

Item: the bishops of England and Wales are bringing back the traditional penance of abstinence from meat on all Fridays of the year, starting September 16, 2011 -- the anniversary of Pope Benedict's visit to Britain.

Herewith the text of the bishops' resolution on Friday abstinence, with my emphases (and with all pronouns referring to God capitalized, in accordance with the policy of this blog):

By the practice of penance every Catholic identifies with Christ in His death on the cross. We do so in prayer, through uniting the sufferings and sacrifices in our lives with those of Christ’s passion; in fasting, by dying to self in order to be close to Christ; in almsgiving, by demonstrating our solidarity with the sufferings of Christ in those in need. All three forms of penance form a vital part of Christian living. When this is visible in the public arena, then it is also an important act of witness.

The Bishops wish to re-establish the practice of Friday penance in the lives of the faithful as a clear and distinctive mark of their own Catholic identity. They recognise that the best habits are those which are acquired as part of a common resolve and common witness. It is important that all the faithful be united in a common celebration of Friday penance.

Respectful of this, and in accordance with the mind of the whole Church, the Bishops' Conference wishes to remind all Catholics in England and Wales of the obligation of Friday Penance. The Bishops have decided to re-establish the practice that this should be fulfilled by abstaining from meat. Those who cannot or choose not to eat meat as part of their normal diet should abstain from some other food of which they regularly partake. This is to come into effect from Friday 16 September 2011 when we will mark the anniversary of the visit of Pope Benedict XVI to the United Kingdom.

Many may wish to go beyond this simple act of common witness and mark each Friday with a time of prayer and further self-sacrifice.  In all these ways we unite our sacrifices to the sacrifice of Christ, who gave up His very life for our salvation.

As the bishops point out, we have always been required to practice some penance on Fridays; but who knew it?  In twelve years of Catholic school, I can't recall anybody ever telling me that.  And it was never a good idea to let us pick our own penance.  I will never understand how, at the height of the Cold War and the sexual revolution, and less than two generations away from two world wars, such naïve trust could have been reposed in human nature.  Discipline without accountability is dead.

Will the bishops in the U.S. follow the example of their English and Welsh brethren?  I certainly hope so.  We lay Dominicans already abstain from meat every Friday of the year, and so are in a position to reassure our fellow countrymen that this practice won't kill anybody.  In fact, we could use some penance and some Christian witness in our hedonistic society every bit as much as our brothers across the Pond.

Besides: who knows where it could lead?  Today, meatless Fridays; tomorrow -- the return of Ascension THURSDAY?  How about restoring all our holy days of obligation to their proper dates, even if it means we have to go to Mass TWO DAYS IN A ROW?????

This also would not kill anybody.
Posted by Anita Moore at 23:02