The United Oligarchy of America 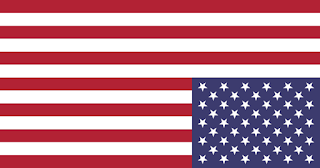 2020 has been an eye-opening year.  We are seeing, in Technicolor, realities about the true current situation with both Church and State that we have ignored for many years.  We can no longer ignore them.

The chaos surrounding this year’s presidential election shines a spotlight on just where we are as a nation.  I think we are seeing on full display what has always been the case: political power does not in fact reside with the people, but with a powerful, moneyed minority of parasitic elites.  Maybe we should have figured this out years ago, from the fact that we keep getting hit with things that are bad for society, contrary to the common good, and not wanted by most people with common sense:

- Abortion.  We as a nation didn’t vote for abortion; it was imposed upon us by the Supreme Court.  Has anybody ever stopped to consider why, after almost 50 years, we have failed to get rid of it?  Why has the party that purports to be pro-life never mustered the political will to do away with it once and for all, even when it has been in power?
- Pornography as free speech.  Why doesn’t this kind of sex trafficking bother liberals?
- Gay marriage.  Even California voted against this (Proposition 8), yet overnight it became the law of the land in all 50 states.
- Women in combat.  Who wanted this?  How did this happen?  What has this done to our combat readiness?
- Dudes in the ladies’ room.  Did the screeching harridans of the ‘70s, like Gloria Steinem and Betty Friedan, figure they were fighting for the right of men to invade ladies’ rooms?  Why do we not hear from them on this?
- Dudes invading women’s and girls’ sports.  Did the same screeching harridans figure males have a right to cheat at sports by taking advantage of their biological edge and pitting themselves against weaker opponents?
- The legal establishment of multiple genders.  Why aren’t feminists upset about “transgender” men making a mockery of women?
- Mask mandates and economic shutdowns, with dire threats for non-compliance from government officials who, in theory, are supposed to be our servants.  Clearly it is we who are the servants — nay, slaves.  Servants are at least treated with respect.
What all this should tell us is that what we have is only the illusion of political power, because we can VOTE.  But any time we vote wrong, we get punished.  What does our vote really mean in a world where, every time the Supreme Court is in session, we sit on the edge of our chairs, biting our nails, wondering what new 16-ton weight the Court is going to drop on us?  What does our vote really mean when the oligarchs who own us can effectively set aside the political process any time, in their estimation, we do the wrong thing?
The United States is radically off-track, in the most literal sense of the word “radical.”  Although our Declaration of Independence contains vague allusions to an almost impersonal “Creator,” it cannot be denied that from our beginning as a nation we rejected explicitly the Kingship of Jesus Christ and tried to govern ourselves according to our own lights.  Thus we have made ourselves easy prey for the godless parasites who govern us with an iron rod.  These parasites now have the means and the technology to reach more deeply into our private affairs than they have ever been able to before, as well as armies of rioters to scourge anyone who falls out of line.  As Charles Coulombe puts it, we have managed to create for ourselves a mixed government that features tyranny, oligarchy and mob rule.
Perhaps the single biggest service President Trump has rendered this country is to flush out our Elders and Betters, forcing them to scurry out into the light and show themselves for the cockroaches they really are, and to expose the Potemkin village we have been living in.  It is a painful process for us who have invested so much faith in our political institutions, but a necessary one if we are ever to find our way back to the light.
Posted by Anita Moore at 09:33