The Church of Cut and Run 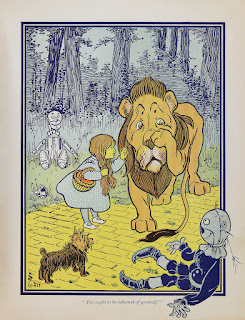 OR: We Could Sure Use Some Toxic Masculinity Right About Now

Six and a half years ago, in this space, I complained about the effeminacy of the Spirit-of-Vatican-II liturgy and how it is designed, not to fire us up and fortify us for battle, but to make us docile and complacent and fattened up for the slaughter.  Now, fifty-plus years into this project of mushifying the Mass, the Sacraments and doctrine, we are treated to the entirely predictable spectacle of many of our shepherds turning tail and running from the coronavirus.  The same Church that holds the divine promise to prevail even over the gates of hell itself has been taken over by hirelings and turned into the Church of Cut and Run.

The Church of Cut and Run has been ceding all kinds of territory to the devil for years.  48 years ago, William F. Buckley, Jr. commented on how difficult it was for Catholics to oppose abortion while their bishops palled around with pro-abortion legislators.  Catholic bishops have backed down and even defected to the other side on issues like contraceptives, abortion, divorce, adultery, homosexuality, “gender” ideology,  socialism, subsidiarity and the rights of parents.  The result has been a popular culture that is basically a sewer, and a society that is increasingly hostile to the rights of Catholics.  The Church of Cut and Run has proven itself to be all but useless when it comes to defending its flocks against the forces of secularism.  In an age when even good people are brought up to value creature comforts over the spiritual life, it has gotten away with this.

But now we have a new situation.  Now our creature comforts themselves are threatened.  Now we have a contagious disease going around; and we, who failed to feel the sting of God’s wrath in the many spiritual chastisements He has sent us over the years, are now starting to feel it in the threat to our bodily health.  Worse than the disease itself, from which the vast majority of patients recover, is the panicky response to the disease.  Everyday life in many places is interrupted.  Groceries and toilet paper and other supplies are hard to find amid waves of panic-buying, even though there is no evidence that these items are in short supply.  Many of us have just plain gone off our nut.

And how are the bishops responding? Many are using the pandemic as an occasion to strike down beloved traditions and guaranteed rights of the faithful, like receiving Communion on the tongue.  And many are abandoning their flocks altogether by locking up churches and depriving them of the Mass and the Sacraments.  Italy, whose bishops have effectively imposed a self-interdict, is probably the most striking example of this.  Some of these bishops are actually justifying this by pooh-poohing the idea that the pandemic is a sign of God’s wrath.

How fearless, how manly is the Spirit-of-Vatican-II Church!  Fortified by decades of insipid liturgies, solipsistic hymns and effeminate preaching, the kinder, gentler, nicer, welcoming, accompanying Spirit-of-Vatican-II shepherds head for the hills at the first sign of danger, leaving the flocks to foot it as best they can without the consolations that once were offered by the hide-bound, rigid, doctrinaire clergy and stern, habit-wearing nuns they mercifully replaced.  How fortunate we are to have now a diluted faith that no longer pricks our consciences or stirs us to zeal for God and souls.  What great stead that stands us in in the face of every danger, both spiritual and temporal!

And the coronavirus, though dangerous to certain classes of people, like the elderly or those who are already in poor health, is nevertheless not to be compared with the Black Plague, which wiped out at least a third of Europe’s population.  But what if we did get a new Black Plague?  If a relatively mild disease like coronavirus is enough to blow “pastoral accompaniment” all to hell, what would a new Black Plague do?

But for all the efforts of the Church of Cut and Run to destroy every last vestige of the evil, hate-filled, fear-mongering pre-conciliar Church, who is it that is actually stepping forward manfully to take charge of the pandemic, care for the sheep, and, above all, propitiate the wrath of God and bring about repentance and conversion?  That would seem to be the tradition-minded sector of the Church that we have been taught for so many years to execrate.  New generations of hide-bound, rigid, doctrinaire clergy and stern, habit-wearing nuns are rising up, tired of pablum and impotence in the face of spiritual dangers and itching to take the fight to the enemy.  The tradition-minded priests, many of whom have been busy training themselves up in the old rite, are offering votive Masses for deliverance from death in time of pestilence; breaking out the Rituale Romanum and putting real holy water into the hands of as many people as possible; holding Eucharistic processions; opening churches; and making sure their people have access to the Sacraments.

Meanwhile, the bongos-and-tambourines “accompaniment” crowd is nowhere to be seen on the field of battle.  To salve their spotted consciences, they don’t even acknowledge that there is a battle.  And “accompaniment” has been proven to be nothing but a weak-tea, crybaby substitute for the fearless, “toxically masculine” self-sacrifice of a true shepherd.  Have we ever been presented with a starker contrast between who in the Church packs the gear, and who doesn’t?  Have we ever been faced with clearer proof that the aftermath of the Council has been an utter disaster, and that the Barque of Peter desperately needs to change course?

And have we ever been faced with clearer proof that the liberal prelates that have bullied us for so many decades are nothing but paper tigers?  Who says they can’t be beaten?  It’s time to get our own courage up, pick up our rosaries and our Bibles, and play our part to turn the tide.
Posted by Anita Moore at 18:47