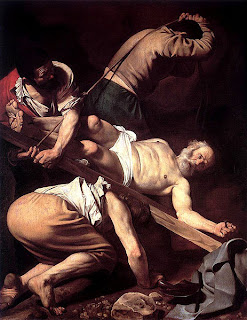 A week or so ago, I was asked to consider responding to an article by the purblind Doug Kmiec arguing that the Obama administration is not, in fact, at war with the Catholic Church.  At this point, I don't see the need.  As reported in the Washington Times, the administration itself has provided a decisive refutation of Kmiec's little delusion in the form of the new Health and Human Services mandate giving church-affiliated institutions one year to comply with the Obamacare requirement to provide free contraceptive coverage to employees.

What is the purpose of this HHS mandate?  To force employers to provide free contraceptives (including sterilization and the chemical abortion known as the "morning after" pill) to employees.  What is the one institution on earth that is known and ridiculed, even from within, for its consistent and unswerving opposition to contraceptives?  The Catholic Church.   How, then, can this blatantly unconstitutional mandate be understood except as a frontal assault on the Catholic Church?  We can only regard the lawless administration from which this outrage emanates as an implacable foe of the Church.

Once again, we see how Orwellian is the name "liberal" as applied to the pragmatic utilitarians to whom we have handed over our national affairs.  Tolerance and diversity are the last things "liberals" are for.  Once liberals achieve power, they ruthlessly persecute anyone who disagrees with them.  It is not enough for liberals that persons be free to harbor some vice; society must also tolerate it.  Then it will not be enough that society tolerate the vice; it must go on to accept it as a normal and perfectly viable alternative to traditional moral values.  Then it will not be enough that society accept the vice as normal; it must go on to condone it, promote it, and reject and deride the opposing virtue.  Then even this will not be enough, as long as the vice is not compulsory, and one single shred of opposition to it remains.

It does not end even here.  Having gotten the country to swallow the bar-bell-sized poison pill of one vice, the liberals proceed to force-feed another, and then another, and then another, each one more horrendous than the last.  This is all not only possible but inevitable in a world where Catholics are ignorant of their Faith, lead disordered lives and buy into the spirit of the age.  For the last half-century, we have been doing just that.  We have been lamps under bushel-baskets, and flavorless salt that is good for nothing except to be thrown down and trampled underfoot.  More than half the Catholics in the United States voted for a man who is probably the most pro-death, anti-Catholic President in the history of this nation.  Plenty of fallen Catholics -- including the one who heads the Department responsible for the abominable regulation in question -- have accepted accolades and high posts in his administration.  It is no wonder that this administration thinks itself secure enough to enter into open hostilities against the Church.

We need to take up our faith and start living it again if we are not to be engulfed.  The Washington Times reports that "the new regulation does not require coverage of abortions."  Under the Obama administration, that is a sentence that should end in the word "yet."
Posted by Anita Moore at 20:37