The Spirit of Henry VIII: Alive and Well in Connecticut 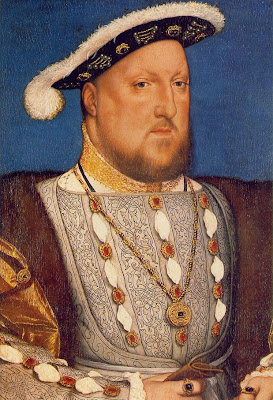 Connecticut legislators Rep. Michael Lawlor (D. East Haven) and Sen. Andrew McDonald (D. Stamford) might not be trying (at this stage) to physically loot monasteries and distribute the proceeds to their cronies; but they are proving themselves worthy successors to the infamous autocrat who force-fed the Reformation to his reluctant subjects. The two legislators -- at least one of whom, McDonald, is an alleged Catholic -- have proposed a bill that would forcibly restructure the Catholic Church in Connecticut.

The proposed legislation -- which may be viewed in its entirety here -- applies only to the Catholic Church, and purports to strip pastors of control of their parishes, placing it instead in the hands of a lay board. Some key provisions of this bill include the following:

(b) The corporation shall have a board of directors consisting of not less than seven nor more than thirteen lay members. The archbishop or bishop of the diocese or his designee shall serve as an ex-officio member of the board of directors without the right to vote.

(e) The general administrative and financial powers of the corporation shall be exercised by or under the authority of the board of directors.

(f) The pastor of the congregation shall report to the board of directors with respect to administrative and financial matters.

(h) Nothing in this section shall be construed to limit, restrict or derogate from any power, right, authority, duty or responsibility of the bishop or pastor in matters pertaining exclusively to religious tenets and practices.

Naturally, this frontal assault on the Church in general and priests and bishops in particular has triggered a firestorm in Connecticut. Fortunately, it is unanimously opposed by Republicans in the Connecticut legislature, and has drawn fire from both Catholics and non-Catholics, who recognize that the integrity of more than just the Catholic Church is at stake. State Senator John McKinney, the leader of the Republicans in the Senate and a professed Episcopalian, declares the proposed legislation "offensive" and "patently unconstitutional," adding: "If government can change the Catholic religion, then it can change any religion. Says Marc D. Stern, general counsel for the American Jewish Congress in New York: "You cannot tell a church how it can govern itself. The Church is entitled to govern itself any which way it wants."

The alleged inspiration for this bill is one Tom Gallagher, author of an asinine 2007 piece published, among other places, in the March, 2007 issue of Our Voice, an "e-newsletter" put out by Voice of the Faithful, in which he recommends state intervention in church affairs as a means of breaking what he views as a clerical stranglehold on parishes. In a press release issued yesterday, Sen. McDonald alleges that the bill was actually authored by "a group of faithful Catholic parishioners from Fairfield County" who were tired of embezzlements and other financial scandals in their parishes, and tries to show that there is nothing out of the ordinary about this legislation, citing to other laws that specifically affect other religions.

But one angle that few except the Catholic news outlets seem willing to mention is that both Lawlor and McDonald are both longtime advocates of gay "marriage," Catholic opposition to which has been vocal in their state. Bishop William Lori of the Diocese of Bridgeport lays it on the line, calling the bill "a thinly veiled attempt to silence the Catholic Church on the important issues of the day, such as same-sex marriage." Is it a coincidence that the sponsors of this legislation have an agenda, the principle obstacle to the fulfillment of which also happens to be the target of the legislation, using a cadre of Catholics-in-name-only to give them the appearance of legitimacy?

Earth to Moonbats: this is precisely why we have the First Amendment. Not to shield the virgin eyes of atheists from nativity scenes, or their virgin ears from Christmas carols; not to tear down crosses; not to purge parks of Ten Commandments monuments; not to expunge crosses from city seals. The First Amendment is a bulwark of the Church against the predations of the State, which always tends to tyranny, especially when run by those who publicy pretend to advocate tolerance and human rights. It was in the name of "freedom" that so many secular rulers of the 16th century outlawed Catholicism and Catholic worship; murdered priests and bishops; and outlawed the Mass. And it was not the Church that was a threat to Henry VIII, except to the extent of standing in the way of his lawlessness; rather, it was Henry VIII who despoiled the Church of her property in England, and devastated the poor by laying waste to her system of private welfare (also known as "charity" in the best sense of the word).

Just as Henry VIII rebelled against the Church in order to legitimize his lust for Ann Boleyn, so it appears that Lawlor and McDonald, authors of a frontal assault on the Catholic Church disguised as legislation, may be motivated by their desire to legitimize their own preferred mode of sexuality, and to avenge themselves on the Church that has stood in their way. The spirit of Henry VIII lives on.
Posted by Anita Moore at 16:32