The Midwife of Auschwitz 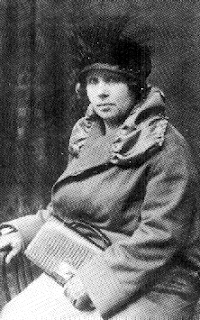 Out of the abyss of horror at Auschwitz arises, perhaps, yet another saint. Much is made of alleged Catholic indifference in the face of the Holocaust; but no other faith could have given rise to a Stanislawa Leszczynska.

Born in 1896, Leszczynska was a wife and mother of three. In 1922 she became a midwife, and worked among the poor in the city of Lodz in Poland. In 1943, the Germans arrested her and her children; Leszczynska and her daughter were sent to Auschwitz, where they were put to work in the sick ward. Leszczynska delivered more than 3,000 babies during the two years of her imprisonment, making sure the babies were baptized. Miraculously, despite the horrific conditions, Leszczynska never lost a single mother or child.

Yet very few of the babies survived the war. Although, after May of 1943, the "Aryan"-looking children were spared, the rest were required to be drowned in a barrel. Despite threats on her life, Leszczynska flatly refused to commit infanticide, even facing down the notorious Dr. Mengele. Her son described the encounter:

When my mother opposed Mengele, who ordered her to kill babies being born in Auschwitz, he became furious. Describing this, my mother said: "I only saw his long boots jumping back and forth. . . and I heard him shout: 'Befehl ist befehl' [an order is an order]. " Recalling these words many years later, I realized that since my mother was quite small and she had the habit of looking down when she thought about something. . . she stood with lowered eyes and saw his long boots nervously jumping in front of her.... Was this terrible murderer (he was a physician after all) trying to explain away his order to kill newborn babies? In any case, neither then nor at any other time, did he raise his murderous hand against my mother.

Although Leszczynska's husband was killed in 1944, she and her children survived the war. Stanislawa Leszczynska died in 1974 and is still honored and venerated in Poland, where many favors have been attributed to her intercession. Evidence is being compiled for her cause for sainthood. You can read more about her amazing story here.

Even on hell's doorstep, God plants His standard.
Posted by Anita Moore at 00:00