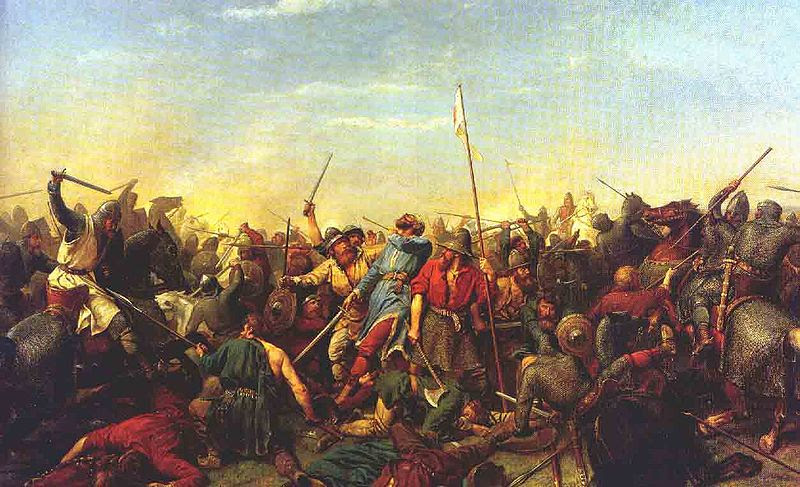 942 years ago today, King Harold Godwinson -- the last Anglo-Saxon king of England -- whupped both King Harald Hardråde of Norway and Harold's turncoat brother Tostig, the outsted Earl of Northumberland at the Battle of Stamford Bridge.
In what would turn out to be the last of the Viking invasions of England, Harald Hardråde and his army landed in England earlier in the month with a view to conquering England. Acting on intelligence, Harold Godwinson took the Norwegians at unawares at Stamford Bridge, where the latter were waiting for supplies and an exchange of hostages and not expecting armed opposition. Although the Norwegians fought valiantly, they went down to defeat. Their survivors were allowed to return to Norway, conditioned on their pledge never again to attack England.

Unfortunately for Harold Godwinson, he was only two weeks away from getting his own butt whupped, and himself killed, at the Battle of Hastings. Whereas Harold's victory marked the end of the age of Viking invasions of England, William the Conquerer's victory marked the end of the Anglo-Saxon age. Centuries would pass before another English-speaking king sat on the throne of England.