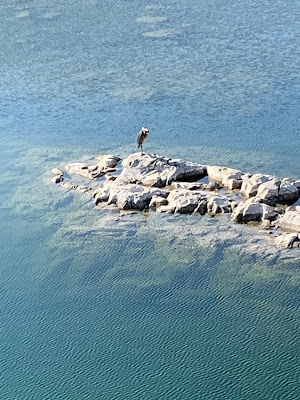 Have you noticed how much society, and especially the policies of governance in both Church and State, have tended to the atomization and isolation of persons?  Is it really all a coincidence?
- Discouraging extended families from living together
- Sticking old people into nursing homes
- Encouraging people to work long hours, to the detriment of health, family and social life
- Making it impossible to support a family on one salary, again, to the detriment of health, family and social life
- Flooding towns and cities with more newcomers than they can comfortably handle, destroying the social cohesion and the character of these communities
- Pricing people out of the housing market, so that they can no longer afford to live where they work
- Implementing policies that lead to a skyrocketing price of fuel, now that millions are forced to commute
- Taxing people to death, so that they become wage slaves
- Making usury the cornerstone of the economic system, thus further enslaving the populace
- Proliferating social media, so that more and more people are content with virtual contact rather than actual contact
- Making it ever easier to order all goods online, rather than having to go out and get them
- Demonizing Catholics who are devoted to traditional Catholicism
- Deliberately making the Mass of tradition so scarce that people have to travel long distances, even hundreds of miles, to find it
These things all drive wedges between people.  Family relationships, friendships, parish life, and civic activities flourish best when everyone lives in one neighborhood and are able to maintain a standard of living that is fitting to their state in life.  It's very difficult to make these things work when everyone has to work longer for less money, and to spend huge chunks of their time traveling; and when traveling becomes expensive as well as time-consuming, people start cutting back.  This usually means, in our Puritan society, eliminating first the  social and recreational activities that otherwise would foster camaraderie and save people from a one-dimensional life centered on work.  It is another form of slavery.
With The Bug, of course, this all became more obvious, plus, our already strained lives were strained even further.  Now we had:
- Healthy people forbidden to leave their homes
- People forbidden to exercise their constitutionally-guaranteed right to assemble
- The creation of an atmosphere of fear and suspicion
- People urged to view each other as vectors of contagion
- People urged to go around with their noses and mouths covered, when God intended our faces to be visible and our noses and mouths to be exposed to the open air
- Increasingly intrusive interference with people's daily lives
- Divisions between those fearful of catching disease and those who were not fearful
- Divisions between those willing to abide by the mandates, and those who saw them as completely unreasonable and ineffective
- Divisions between the jabbed and the unjabbed
- Hospitals and nursing homes forbidding or severely limiting visitors, thereby cutting patients and residents off from their true advocates with the health care system
- The distrust of the medical profession resulting from its ruthless, one-size-fits-all implementation of restrictions and protocols
- Obsession with scientism and abandonment of the supernatural
- The shutting out of people from their own churches and the cutting off of them from the Sacraments
It should be obvious, after the globally coordinated response to The Bug, that we have fallen into the hands of a worldwide, interlocking directorate of parasitic wickedness, for the benefit of which we are kept fearful and isolated.  Fear and isolation certainly do not serve the common good.  They do, however, make it easy for us to be bullied into acting against our own best interests, and even to consenting to participate in great evils, such as aiding and abetting the oppression of our fellow men who are not willing to be bullied.
Ultimately, in back of it all, is a dark power that seeks to make us lose our souls by rebelling against God and turning on our fellow man.  That is why the churches were shut down, and we were cut off from Mass and the Sacraments, which are necessary to keep us in the life of grace.  It also has to be why many of the dark machinations are carried out in plain sight.  To give full consent of our will to evil, we have to recognize it as evil and resolve to do it anyway.  We can make all the excuses we want for it, and even come up with some really good ones; but really, in the end, deep down, we cannot fool ourselves.
Or God.
Posted by Anita Moore at 20:35