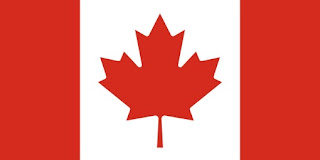 Now that Justine Trudeau has invoked never-before-used emergency powers to put down the trucker uprising, the moment of truth has come for Canada.
The double standard here is obvious.  The same creature who has publicly supported actual mobs burning down cities for political ends is prepared to brutally suppress a groundswell of his own citizens who want only to recover their normal lives.  The same creature who has spent the last two years depriving people of their ability to earn a living and take care of their daily affairs is suddenly concerned with the disruptions caused by thousands of big rigs parked in city streets.
Yes, the protests have brought gridlock to Ottawa and to border crossings into the United States, and yes, they have made a lot of noise.  Still, there is any number of live-streams out of Ottawa and the border crossings showing that there is no violence or lawlessness on the part of the protesters.  The protesters are carrying signs, waving flags, singing the national anthem, dancing, socializing, feeding each other hot food, setting up bounce houses and play areas for kids, shoveling snow, picking up trash, and generally engaging in a lot of the normal behaviors that have been suppressed without sufficient reason over the last two years.
It is against this that Justine seeks to mobilize all the coercive powers at his command, following in the footsteps of his reputed biological father, Fidel Castro.  Now millions of Canadian citizens -- regardless of whether they support the Freedom Convoy -- are confronted with the stark, undisguised reality of the tyranny they live under.  Now each and every member of the armed forces and the various police services of Canada are confronted with a choice: whether, on the orders of a superior, they will wage war against their own people that they swore to protect and to serve.
Whatever else happens to anybody else, this draconian response of Justine's to barbecues and bouncy castles is not going to end well for him.  There is the possibility, however unlikely, that the crown may be moved to use its reserve powers to intervene in the interests of peace.  There is also the possibility that he will fail to turn the armed forces and the police against their own people, in which case his impotence and his illegitimacy will be established beyond any possible doubt.  In either case, his political career comes to a well-deserved end.  In my humble opinion, these are actually the best-case scenarios for Trudeau, now that he has chosen the path he has chosen.
On the other hand, if Justine is able to make the armed forces and the police obey his directives, I think events will quickly spin out of his control.  Canadians are known for having a very long fuse.  They have demonstrated this in their compliance with mandates over the last two years, and continue to demonstrate it in the peacefulness of their current protest.  The fact that so many of them have gone as far as they have in mounting even this peaceful popular uprising shows that they are already much provoked.  Anyone with a molecule of common sense knows there is nothing more foolhardy than to stir up the ire of people with long fuses.  But Justine evidently lacks that molecule and does not see the risk of radicalizing Canadians.  If he wages physical war against ordinary Canadians, he may well unleash a very ugly response that he does not expect and cannot cope with.  The wrath of the Canadian people, pushed to their final throw, will be swift and terrible.  Justine could ignite a civil war.
Canada needs prayer: that the people on the ground will do what is right, and that any bad consequences land only where they are deserved.
Posted by Anita Moore at 10:22