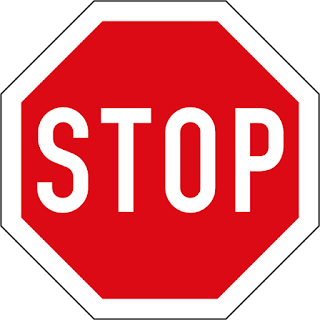 In these days of extreme laxity, which has slid into licentiousness and out-and-out anarchy, when so many of our shepherds are either keeping mum or giving scandal, a great danger for Catholics is the temptation to grossly over-correct.   As one prone to scruples, I understand this, and don’t consider myself immune to the tendency.

And while the tendency may at least show the presence of zeal for the faith, it is not something to celebrate.  It’s bad enough when we chain ourselves up with worries and anxiety; it’s something else again to chain up others.  Too often, over-correction takes the form of trying to lay burdens on the consciences of other Catholics.  The Catholic blogosphere and social media has no shortage of keyboard and webcam warriors of all stripes who are too ready to impose their own opinions on others, on pain of sin, and to write out of the Church whole cohorts of other Catholics for not agreeing with their views.

My problem with this is threefold.  Firstly, we have people with no magisterial authority whatsoever, and often with deficient knowledge and understanding and life experience, with logs in their own eyes while they try to take specks out of other people’s eyes, declaring sins.  Not all of us are qualified to administer fraternal correction.  Being articulate, and possessing the ability to string words together into coherent English sentences, are not qualifications to administer fraternal correction.  Secondly, we see this “fraternal correction” happening where the subjects under discussion are controversial and contentious, and where weighty opinions are to be found on both sides of the issue.  In these circumstances, there are obviously legitimate doubts, and many questions that are not settled.  What rule can be enforced, on pain of sin, in the presence of legitimate doubts?

Thirdly, the Scriptures tell us again and again that our God is a God Who grants us peace such as the world cannot give.  He breaks bonds, frees captives, liberates from servitude and lifts burdens.  Bonds, captivity, servitude and burdens are the results of sin.  He asks us to exchange the slavery of sin for His yoke that is sweet, and His burden that is light.  Consistent with this, as Fr. Zuhlsdorf points out, one of the Church’s governing legal principles is that restrictions are to be construed narrowly, while freedoms are to be construed broadly.  But what is going on these days is that restrictions are construed broadly, and freedoms are construed narrowly, even stingily.  Is this not an invasion of the world’s mentality into the Church?  Is there any authority for the proposition that holiness consists in living in a straitjacket?  Is the God Who sent His Only Begotten Son to die for our salvation going to consign us to the fires of hell for being wrong about issues that theologians cannot agree on?

We can legitimately deplore laxity and license and disobedience to legitimate authority.  But before we start burdening the consciences of other people, we should probably make sure we are able to recognize real laxity and real license and real disobedience when we see them, and not use them as a cover for beating people into submission to our private opinions.  The next time we are tempted to wallop our fellow Catholics with some “fraternal correction,” we really should

Before we end up doing more harm than good.