On Opinions without Credentials 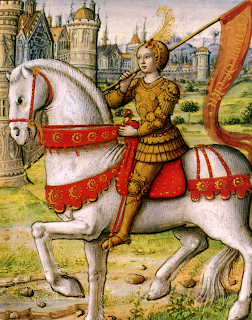 There is this insidious idea making the rounds to the effect that a lack of credentials is itself a credential.  People opine boldly, vehemently and publicly on matters like theology and canon law with little to no formal training in these fields.  We see this particularly in connection with some of those who give it as their considered opinion that Benedict XVI, not Francis, is the true Pope.  Some advocates of this position acknowledge and even revel in their lack of credentials in the fields relevant to this issue.  Some even go as far as to assert that, since the evidence in support of their conclusions is so blindingly obvious, the rejection of their opinions is tantamount to heresy and blasphemy.

What is the basis for thinking that a lack of credentials is itself a credential?  There seems to be this anti-elitist elitism, a proletarian pride that turns ignorance into a virtue and education into a vice.  It assumes bad faith on the part of the educated, and on the part of educators.  It assumes that the system of acquiring credentials is hidebound, corrupt, and invested in nothing more than furthering its own interests, while the untrained commentator, unspoilt by the taint of any Establishment agenda, is able to see truths that no one inside the Establishment can see.  It allows the anti-elitist elitist to entertain the possibility — indeed, the probability — that, because they are outsiders to the field in which they pronounce judgment, they may well be God’s instruments in bringing about True Reform.  It allows the anti-elitist elitist to dismiss the disagreement of persons with actual credentials as the product of jealousy, self-interest, or a simple unwillingness to face the truth.

I have mentioned previously in this space my frustration with people who will not listen to my legal opinions or take my advice when these don’t chime with what they want to hear.  I will not impute to them the same bad faith and criminal stupidity that they impute to me, to my face and in the most hateful language; but it is clear that they are the ones who suffer from closed minds and blindness to the truth.  They are like the anti-elitist elitists, who, the more wedded they are to their theories, the less likely they are to listen to real experts who disagree with them.

It is true that sometimes God chooses persons who are not expert, educated or even very intelligent to work His purposes; but He doesn’t always.  The Fathers of the early Church were extremely learned men.  Saints Albert the Great, Thomas Aquinas, Alphonsus Liguori, Thomas More — all exceedingly educated, and exceedingly holy.  Alphonsus Liguori and Thomas More were lawyers.  These saints all had their particular genius; but even with all their gifts, they still studied hard and diligently.  In other words, since grace builds on and perfects nature, they still had to gain their expertise the old-fashioned way: by hard work.

What about the persons without credentials that God chooses as His instruments?  There are certainly examples in the history of the Church.  Saints Catherine of Siena and Therese of Lisieux lacked academic credentials, yet today are acclaimed as Doctors of the Church.  The Cure of Ars was a failure as a student, but outstanding in holiness as a priest.  St. Bernadette Soubirous was an ignorant shepherd girl from a dirt-poor family who conveyed heaven’s ratification of the dogmatic definition of the Immaculate Conception, even though she did not understand what it meant.  And there was never anyone less qualified to lead armies in battle than St. Joan of Arc, yet she led the French army to victory and secured the true king of France on his throne.

But notice that when God uses these little ones, He crowns their efforts with authentic signs and wonders, to prove that they really are working for Him.  Catherine of Siena wielded enormous influence for good with the Pope.  Therese of Lisieux secured her religious vocation at a very early age, against the odds.  The Cure of Ars had to spend many hours a day in the confessional because  everyone recognized him as a holy priest.  Bernadette Soubirous uncovered a spring of miraculous healing.  Joan of Arc had gifts of prophecy and discernment, led armies to victory and confounded her persecutors.  When someone without credentials or qualifications pronounces judgment on subjects  such as who is the true Pope, consider how often he has been right about other things.  One particularly outspoken proponent of the theory that Benedict XVI is still the true Pope, for example, declared that Donald Trump was only running for president in order to dress up his resume, that he wasn’t serious about running, and predicted that he would throw the election.  Then when he didn’t throw the election, she admitted that she had erred but opined that Trump was a dim bulb who was in way over his head and was on his way out.  Three years later, Trump has so successfully confounded his enemies, and has so far advanced the cause of Christian civilization in his administration, that the Democrats have launched a bogus impeachment proceeding to try to remove him from office.

But when someone declares an opinion on an important subject, credentials are relevant.  If there is some indication that someone has poured blood, toil, tears and sweat into acquiring credentials in some subject, it may be that that person’s opinion on that subject counts for more than that of someone who did not put that kind of work into it.
Posted by Anita Moore at 22:36