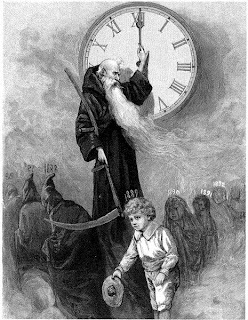 January
6: My friend Gary Reedy loses his battle with cancer.
7: A gunman claiming allegiance to ISIS shoots and wounds a Philadelphia police officer.
15: My mother, Judi Moore, dies.
22-24: A Category 5 blizzard pounds the mid-Atlantic and northeast states, killing 55 people in 13 states and the District of Columbia, and doing as much as $3 billion in damage.
28: The World Health Organization announces the zika outbreak.

1: The first case of zika in the United States is confirmed.
22: ISIS claims responsibility for a series of explosions that kill 34 and wound another 170 at Brussells Airport in Belgium.
23: Denver receives 19.5 inches of snow in a blizzard that leaves 100,000 people without power and forces the closure of the Denver International Airport.

1: Beginning of the Dakota Access Pipeline protests.
3: An Amtrak train derails in Chester, Pennsylvania, killing two track workers and injuring 35.
8: The disastrous Amoris Laetitia is published.
14: The first of two major earthquakes strikes Kumamoto City, Japan, killing 50 and doing up to $7.5 billion in damage.
16: A magnitude 7.8 earthquake strikes Ecuador, killing 673.
20: It is announced that Harriet Tubman will occupy the place on the American $20 bill formerly held by Andrew Jackson.
21: Queen Elizabeth II turns 90.

3: Donald Trump is projected the winner of the Republican nomination for President of the United States.
9: Mercury transits the sun; the phenomenon is visible from the Americas.
11: Same-sex "marriage" becomes legal in Italy.
13: The U.S. Department of Education tells school districts to let transgenders use opposite-sex bathrooms.
24: A Pennsylvania court finds probable cause on felony indecent assault charges against Bill Cosby.
26: Archaeologists announce the discovery of a tomb at Stagira, Greece, believed to be that of Aristotle.
28: Cinncinnati Zoo gorilla Harambe is shot to save the life of a little boy who had found his way inside the gorilla's enclosure and was under attack.

6: Hillary Clinton is projected the winner of the Democrat nomination for President of the United States.
9: California's "right to die" law takes effect.
12: Terrorist attack at the Pulse, a gay night club in Orlando, Florida, claims the lives of 49 and wounds 53; the shooter, who claimed allegiance to ISIS, was shot dead by police.
23: Brexit: the United Kingdom votes to leave the European Union.

5: The FBI "clears" Hillary Clinton regarding Emailgate.
7: Shooter ambushes nine Dallas, Texas police officers, killing five; the shooter himself is killed by an explosive deployed by a police robot.
14: A terrorist deliberately plows a cargo truck into a crowd celebrating Bastille Day in Nice, France, killing 86 and injuring hundreds more.  The perp was killed by police.  ISIL claimed responsibility days later.
15: Donald Trump names Indiana governor Mike Pence as his running mate on the Republican ticket.
17: Six Baton Rouge, Louisiana police officers are shot, three fatally, by a gunman who is himself killed by SWAT team officers.
22: Hillary Clinton names Tim Kaine as her running mate on the Democrat ticket.
26: Fr. Jacques Hamel, aged 85, is murdered by two Islamist terrorists while celebrating Mass at his parish in Normandy.

3: Oklahoma's strongest recorded earthquake strikes the city of Pawnee at a magnitude of 5.8.
4: Mother Teresa of Calcutta is raised to sainthood.
10: John Hinckley, Jr., who tried to assassinate President Reagan in 1981, is released from a psychiatric hospital.
17-19: Three terrorist bombings rock Seaside Park, New Jersey, Manhattan and Elizabeth, New Jersey.  No one is killed, but 35 are injured.
30: Alabama chief justice Roy Moore is suspended for judicial ethics violations for telling other judges to ignore the Obergefehl ruling.

2: Vin Scully closes out a 66-year career as the voice of the Los Angeles Dodgers.
8: Three Palm Springs, California police officers are shot, two fatally, by a gunman who is later apprehended with body armor and heavy weaponry.
10: Deadly Hurricane Matthew finally dissipates.
13: Bob Dylan is awarded the Nobel Prize for literature.  Also: King Bhumibol Adulyadej of Thailand, the longest-serving head of state and the longest-reigning monarch in Thai history, dies after reigning for 70 years and 126 days.
14: The United States embargo on Cuba is partly lifted.

2: Police officers in Urbandale and Des Moines, Iowa are ambushed and killed.
8: 2016 election: Donald Trump beats Hillary Clinton.  The GOP takes the House, the Senate, the majority of state governorships and many local offices.
21: A school bus carrying 37 children in Chattanooga, Tennessee, overturned and wrapped around a tree, killing six children and injuring 11 more.
22: Terrorists ignite wildfires in Israel, resulting in the evacuation of tens of thousands, especially in the city of Haifa.
24: Jill Stein, the Green Party candidate for President, fronts a recount effort in several states where Hillary Clinton lost.
28: A Muslim Somali refugee launches a car-ramming and stabbing attack at Ohio State University, wounding 13 before being taken out by police.  Also: Out-of-control wildfires in the Great Smoky Mountains National Park cause the evacuation of downtown Gatlinburg, Tennessee, and result in 14 deaths; two juveniles will be arrested and charged with aggravated arson.
30: Donald Trump enters into a deal with Carrier Corporation to keep in Indiana more than a thousand jobs that were slated to be moved to Mexico.

2: Fire breaks out at a rave party in a converted warehouse in Oakland, California, killing 36.
9: Kirk Douglas celebrates his 100th birthday.
11: St. Mark's Coptic Orthodox Cathedral is bombed, killing 25 and wounding dozens more.
12: President-elect Donald Trump suggests that the "One China" policy will become a bargaining chip in trade relations with China, causing a bad case of the vapors in liberals.  Also: the EU normalizes relations with Cuba.
19: A Turkish policeman assassinates the Russian ambassador to Turkey during an event at an art gallery.  Also: despite a leftist campaign of harassment, threats and intimidation, the Electoral College votes in Donald Trump per the November 8th election results.  Also: a Muslim terrorist drives a hijacked truck through a Christmas market in Berlin, killing 12, including the murdered driver of the truck.  The terrorist is later shot by police in Milan, Italy.
21: In an ominous harbinger of global warming, the Sahara Desert gets its first snowfall in 37 years.
23: The United States abstains in a vote which passed U.N. Security Council Resolution 2334, condemning Israel's settlement activities in territories claimed by the Palestinians.
29: In retaliation for the Russians having allegedly hacked the election, Obama expels 35 Russian diplomats.  Putin laughs.

Except for the Brexit vote, signaling a thaw in the West's collectivist deep freeze, and the wholesale rejection of the Marxist ideologues that have run the United States for the past eight years, 2016 was a very, very rough year.  May 2017 contain fewer tragedies and more Brexit moments.
Posted by Anita Moore at 00:00