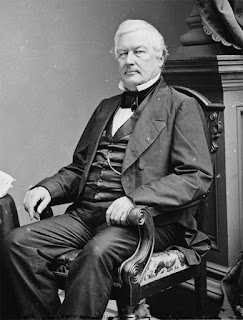 Before I read any commentary on the election, a few of my own thoughts.

Am I happy Trump won?  I am happy Hillary lost.  My support for Trump was based not on personalities, but on issues.  Trump has articulated positions congenial to conservatives, but is in some ways an unknown quantity: he has never held public office -- which I don't hold against him -- and he has changed his tune over the years on certain things.  I cannot be certain he will defend and advance authentic conservative values across the board.  Plus, Trump has a reputation, deserved or not, of being a rude, crude dude.  Hillary, on the other hand, is an absolute certainty.  She is certainty a hard leftist, and will advance the causes dear to hard leftists.  She supports the dismantling of bedrock societal institutions and the killing of babies in their mothers' wombs.  She is a sworn enemy of religious freedom in general, and the Catholic Church and all that the Catholic Church stands for in particular.  She thinks deeply held religious beliefs that are not congruent with her own ideology must be changed, and has said so publicly.  How would she propose to "change" these deeply-held beliefs, except by means of the coercive police power of the state?

Neither of these candidates was A-list, in my judgment, but I did not see this election as a question of choosing the lesser of two evils.  Rather, the question was how to minimize the damage and choose the course that had the better chance of turning out well.  Which one of these candidates would be more likely to further America's best interests?  Which one would unquestionably be an unmitigated disaster?  The answer seemed to me clear.  It was essential that Hillary be defeated.  The stakes seemed to me too high for sitting out the election to be an option, so the question was, where would I cast my vote?  When I weighed the certainties of Hillary against the uncertainties of Trump, and factored in the utter futility of supporting any third-party candidate, the decision to vote for Trump seemed to me a no-brainer.  Other people came to a different conclusion and either sat out the election altogether or voted third-party.  I can understand their reasoning, though I do not agree with it.  Happily, the abstainers and the third-party voters were not numerous enough to make a difference to the result.

So we will see what happens from here.  The future is uncertain (though it would have been certainly bad if Hillary had won), but there are hopeful signs.  That all the right people are under a black cloud this morning is encouraging.  Donald Trump is clearly hated and despised by the establishment types, including the media.  This was obvious in how the media held out calling Florida for Trump even with more than 99% of precincts reporting; and the broadcast media, including Fox News, held off calling the election for Trump even after the New York Times threw in the towel.  Leftists in Europe are clutching their pearls.  Celebrities are threatening to leave the country (promises, promises).

Unfortunately, many of my friends and colleagues are in the doldrums too; but, to the extent they truly esteem me, I wonder if they thought through the fact that they supported a woman who would have subjected me, an observing Catholic, to all-out persecution if she had attained power.  Perhaps some of them are really indifferent to my well-being.  Perhaps their animosity toward the Catholic Church takes priority over any interest in my well-being. Perhaps this is an example of the incoherence of post-modern thought, pursuant to which beliefs are merely comforting abstractions that you can hold without actually applying them in real life; and since many of them pay lip service to beliefs which they clearly do not actually live out, they assume that I must do the same with my Catholic faith -- little thinking that if I take my faith seriously, then opposition to it must ultimately mean opposition to me personally.  But the reality is that there is indeed a connection between ideas and real life, and therefore there is personal responsibility for the consequences of the ideas one holds.

To echo a well-known blogging priest, I would have voted for the rotting, decaying corpse of Millard Fillmore to keep Hillary out of the White House.  Some would probably say I have; some might think I have done worse than that.  I dissent from their views, and choose to look out over the horizon with hope.
Posted by Anita Moore at 10:20