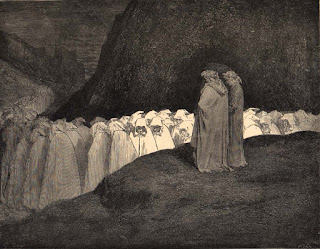 If you pay a creepy-looking, tattoo-covered, bushy-armpitted, ritual sex magick-performing New Age guru-ette up to $7,000.00 a year to educate your children at a place founded on pagan principles, named after a pagan earth goddess and staffed with pagans and womyn's studies majors, should you be surprised to find out that "do what thou wilt shall be the whole of the law" at that school?

Apparently it does come as a surprise to parents at Minneapolis' Gaia Democratic School, whose kids were taken on a field trip to a sex shop as part of a year-long (!) sex ed class.  School director Starri Hedges, who arranged and led the field trip, claimed that the children were not exposed to anything that was considered pornographic, although they could see sex toys and other unspecified products.  "What I saw happening on our trip, I thought it was beautiful because kids could talk to these sex educators without any shame, without any fear," said the delusional Hedges.  Regarding the outrage of parents, who were not consulted ahead of time, Hedges said: "It was certainly the first time we have taken that kind of field trip and it will probably be our last, which I feel bad [about] because the kids had so much fun" -- "fun" being a core principle upon which the school's educational philosophy is based.  Hence, no doubt, the school's board of directors' issuance of a press release defending Hedges and her misbegotten field trip.

Nevertheless, many of the parents of children enrolled at Gaia Democratic are calling for Hedges' ouster, and several have pulled their children out of the school.  One parent has instigated a criminal investigation on the grounds that children were exposed to pornographic material -- an allegation that may be supported by the fact that the sex shop has since been cited for keeping sexually explicit materials in the view of minors.  “I want her done and out, and that school closed,” said one parent. “I want her away from children.  It’s borderline predation.”  It seems that otherwise progressive, forward-thinking, open-minded, neo-pagans do not want their own kids to be groomed for early sex, proving that the Age of Aquarius has its limitations after all.

Concerning this imbroglio, a few observations:

-- We are constantly preached at that one should not judge another based on appearances.  This is true -- up to a point.  We should not automatically assume that a person who is physically beautiful must therefore also be beautiful on the inside, lest we cast aside ordinary prudence.  Likewise, we should not think ill of a person based on external factors that are more or less out of his control, like skin color or body type or poverty or illness.  But what about deliberately self-inflicted physical oddities?  Should we not pay attention to the red flags raised by persons like Starri Hedges who give the appearance of great personal creepiness based on things she's done to herself?  Does not her willingness to take children as young as 11 to a sex shop prove this creepiness to be more than skin-deep?

-- Sex is a basic human drive and an instinct so deep as to require no training, except in self-control.  Why, then, does any school have a year-long course in sex -- manifestly not about self-control, since it includes a trip to a sex shop -- except to break down the inhibitions of children?  This is what is known as grooming, a practice formerly restricted to child molesters, but which now parents are paying schools to do to their children.

-- Do any of these parents think it's okay or even actively support the exposure of other people's children to the filth that they do not now want their own children exposed to?

The father who has filed a complaint with Minneapolis police against Starri Hedges has been quoted as calling the incident "a major breach of trust," and observing that "you just can't erase those images."  He is absolutely right; and he is absolutely right in declaring Hedges unfit to have anything to do with children.  But there is a legion of reasons why neither he nor any of the other parents should ever have reposed any trust in Hedges or her school in the first place, and no knowing when, if ever, the damage to their children will ever be undone.
Posted by Anita Moore at 00:26