Prayer for Those Who Have Committed Suicide 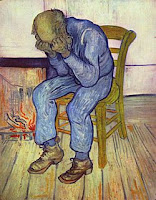 Almighty God, Our Heavenly Father, we understand that Thy fifth commandment, “Thou shalt do no murder,” includes self murder. But in Thy divine mercy, we beg Thy forgiveness especially for (name), who have been so confounded by the pressures of this life that they felt there was no way they could continue. Grant, we beseech Thee, that they be forgiven their terrible sin and accepted into Thy divine providence, and that they may come to understand Thy ways and Thy nature. We ask this in Jesus Christ’s name. Amen.

When I was in high school, the brother of one of my classmates committed suicide.  I did not know him personally, but I did know that he had been having problems for a long time.  His tragic death haunted me for a long time.  I pondered what could make someone seek such an irreversible solution to his problems.  I thought about his friends and family blaming themselves, replaying over and over again in their minds all their dealings with him, and what they could possibly have done differently, or said differently, or not done or said, so that he would not have taken himself away from them forever.  I hoped, and still hope, that his will and reason were so impaired and overwhelmed as to mitigate or even remove his guilt.  I hope this any time I hear about someone taking his own life.

Years later, I had someone tell me he was planning on killing himself at some indefinite point in the future.  All I could think to do was to tell him that there is a hell, and if he murdered himself, he would go there, and that, once there, there would be no escape or reprieve for him, ever.  I do not know whether that was the right thing to say.  But I felt convinced that he needed to be convinced that suicide is indeed murder, and that eternal damnation was a possible and very real outcome.  I suspect there are many people to whom this has never occurred, for no other reason than that nobody has ever told it to them.  There is hardly anyone, even in the pulpits, willing to gainsay our materialistic culture that celebrates death as the solution to everything from depression to unwanted pregnancies to terminal illness.  We are given the impression that our lives and our bodies are mere chattels to save or spend as we please, and that there is neither punishment nor reward after this life.

Thanks to Marge Fenelon for publishing this prayer.  Pray to Mary, Untier of Knots, to intercede for those contemplating suicide.
Posted by Anita Moore at 20:51