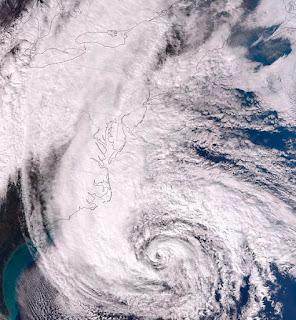 The liberals want Obama to postpone the election, using as an excuse the destruction wrought by Hurricane Sandy in a part of the country that is dominated by liberals.  Can it be done?

Not legally.  Article II, § (Section) 1 of the U.S. Constitution spells out how the President is to be elected.  Clause 3 provides:


The Congress may determine the Time of chusing the Electors, and the Day on which they shall give their Votes; which Day shall be the same throughout the United States.

Congress' determination of this time and day is enshrined in the United States Code.  3 U.S.C. § 1 provides:

Article II, § 2 spells out the powers and duties of the President:

The President shall be Commander in Chief of the Army and Navy of the United States, and of the Militia of the several States, when called into the actual Service of the United States; he may require the Opinion, in writing, of the principal Officer in each of the executive Departments, upon any Subject relating to the Duties of their respective Offices, and he shall have Power to Grant Reprieves and Pardons for Offences against the United States, except in Cases of Impeachment.

The President shall have Power to fill up all Vacancies that may happen during the Recess of the Senate, by granting Commissions which shall expire at the End of their next Session.


Notice that, pursuant to the foregoing, the President has nothing to say about when a presidential election takes place.  Obama has zero legal authority to change the date of the election.  That any number of Americans should want him to do something so entirely despotic and downright unconstitutional is rather disconcerting.

We have a pretty huge anti-precedent for the suspension of a presidential election.  We are talking here about a thing that even Abraham Lincoln did not dare to do during the Civil War.  Consider: in 1864, casualties were astronomical; the Union suffered one military disaster after another; anti-war feeling in the North ran high;  and Lincoln's re-election seemed all but impossible.  When, in the whole history of the world, had a nation ever held an election during a civil war?  Yet the President who went as far as to suspend habeas corpus did not try to postpone, let alone cancel, the 1864 election, even though he believed the Union would not be restored if he lost.  Is it possible he thought about it?  Sure.  Lincoln was not squeamish about setting aside the Constitution when  he considered it necessary.  But it is certain that he did not try it.  If a Civil War upon which the survival of the nation depended was not an excuse to suspend a presidential election, how can a hurricane be, even one as terrible as Sandy?

Ah, but it will be argued, throughout his term, Obama has proven himself no slave to constitutional punctilio.  From Obamacare to bailouts to Benghazigate, this has been a lawless, mendacious administration from start to finish; why, it will be asked, should Obama suddenly start respecting the Constitution?  For that matter, the problem predates Obama: it has now been many decades since the federal government confined itself to its enumerated powers; an awful lot of what it now does on a daily basis is unconstitutional.

But if the administration should try to hold onto power by force -- and trying to suspend a presidential election would amount to that -- does it have the backing it would need?  Can anyone launch a coup without the support of the military?  Does this administration in fact have the support of the military?  Maybe it has the support of some big brass personalities who are more bureaucrats than soldiers; but what about the rank and file?  After the Fort Hood terrorist massacre; after the adding of insult to that injury by designating it "workplace violence"; after the repeal of "Don't Ask, Don't Tell" and the raft of "sensitivity training" that came in its wake; after the Benghazi attack, when it became apparent that the rule of "no man left behind" is vacated under this administration: what must the rank and file soldiers think?  We saw that two former Navy SEALs in Benghazi disobeyed direct orders NOT to defend the consulate.  Is the willingness to disobey orders confined to those two men?  Soldiers are trained to follow orders, and face a court-martial for not doing so; yet there is still no obligation to obey illegal orders.

Let the election go ahead, full steam.  Obama does not even have the power to be a speed bump.
Posted by Anita Moore at 23:04