Ireland's War on the Church

Ireland -- the island that gave the world spiritual giants like Brendan the Navigator, Brigid of Kildare, Columba, Fr. Willie Doyle -- will soon be filling its jails with priests.  At any rate, there is no other way to understand the holding of Ireland's Minister for Justice (or should that be Minister for "Justice") Alan Shatter that the seal of the confessional does not exempt priests from reporting the abuse of children or vulnerable adults.  There is no basis for a claim of privilege, says Shatter, now that the special position of the Catholic Church has been written out of the Irish Constitution.

So, then, it seems priests will be going to jail for the iniquitous crime of upholding the sacramental seal -- and they will go to jail, even the most off-the-wall liberal ones.  And how, it may well be asked, will the police know that priests aren't violating the seal?  Will molesters give themselves up?  Will the government resort to sacrilege in the form of undercover sting operations?  Or will it simply start rounding up priests who haven't reported any abusers, on the assumption that they must be withholding information?

What are the people of Ireland going to do about this outrage?  In an age when only 31% of Irish attend Mass every week, can we expect an uprising?

The country that once held stubbornly to her Catholic faith in defiance of English oppression is not only abandoning the faith, but peopling her government with evil men of the same stamp as the old oppressors.  God help Ireland. 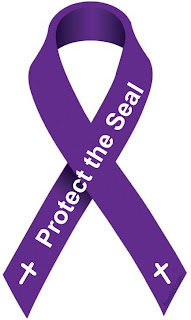