"I Be Concubining" II: Supercharged 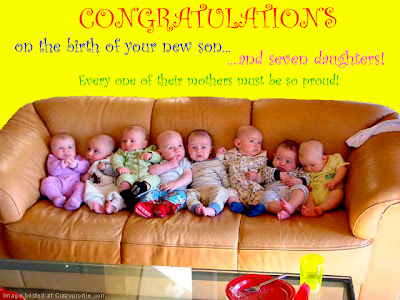 A girl must be like a blossom
With honey for just one man.
A man must be like honey bee
And gather all he can.
To fly from blossom to blossom
A honey bee must be free,
But blossom must not ever fly
From bee to bee to bee.

Five years ago, we heard from the convicted thief in Avondale, Ohio whose bid for leniency in front of the court included the plea that he had been "concubining" with various women and had six babies on the way.  Like the sentencing judge, we thought that was a pretty big jaw-dropper.

But that was because we hadn't yet met the Grand-babydaddy of Concubining, Mr. Desmond Hatchett of Knoxville, Tennessee.  Mr. Hatchett, who must be like the honey bee and gather all he can, has thirty (30) children by eleven (11) different blossoms.  "I had four kids in the same year.  Twice," he says by way of partial explanation.

But it's turning out that this honey bee, not being as wealthy as the King of Siam, is not in fact as free as all that, or gathering very much either, flying from blossom to blossom to blossom.  He's finding out the hard way that (a) the authorities are not going to let him get away with not supporting his children, but (b) you can't support thirty (30) kids on minimum wage, which means (c) half his wages (the legal maximum) are garnished, and (d) he's in constant trouble with the courts.  Yet (e) he fathered nine of these children within the last three years, proving that (f) it still hasn't occurred to him to keep his britches zipped.

Nevertheless, Hatchett is seeking a break on his child support payments.  Some of his kids -- ranging in age from toddler to 14 years -- are collecting the princely sum of $1.49 a month.

Are the taxpayers going to let these kids starve?  Of course not.  Nor should we.  It's not their fault that they were born to such rotten parents.  But thanks to the wanton irresponsibility of Desmond Hatchett and the idiot women who spread their legs for him, coupled with the immorality of the welfare state that encourages them to continue in their follies, these kids start life at great risk for living in poverty, being the victims of violence at the hands of the other jerks their mothers bed down with, getting involved in drugs and other criminal activity, and generally ending up as losers like their parents.

So what's the answer?  Contraceptives are not the answer.  This guy is the product of a society that has eaten, slept and breathed contraceptives for decades, as evidenced by his willingness to use numerous women as masturbatory aids.  Abortion -- the compounding of sexual abandon with murder -- is certainly not the answer.

The answer lies in the last place few people in today's world are willing to look.  Two thousand years ago, a Man born in a stable and crucified on Calvary gave us the perfect system for avoiding situations like Desmond Hatchett's and the dreadful plight of his thirty unfortunate children.  The only trouble with it, from the point of view of honey bees and blossoms like Hatchett and his concubines, is that it compels one to make sacrifices.  But a little self-denial goes a long way, and living a virtuous life is a great antidote to indentured servitude. 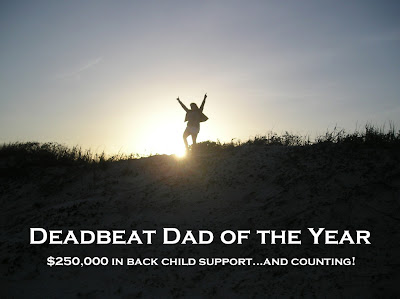