Why We Should Pray for Condemned Prisoners -- Especially the Worst 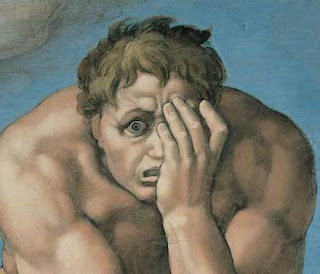 On February 28, 1987, Paul Ezra Rhoades kidnapped 21-year-old Blackfoot convenience store clerk Stacy Baldwin.  He robbed the convenience store she worked at and drove her off to a secluded spot, where he shot her twice and left her for dead.  It took her an hour to die of her wounds.  A little over two weeks later, on March 16th, Rhoades entered another convenience store and shot the 20-year-old clerk, Nolan Haddon, five times.  He was found alive in the walk-in cooler the next morning, but soon died of his wounds.  Two days later, Rhoades kidnapped 34-year-old schoolteacher Susan Michelbacher, raped her and shot her nine times.  Her body was found two days later.  The following year, Rhoades was condemned to death for the kidnapping and murders of Baldwin and Michelbacher, and sentenced to life imprisonment for the murder of Haddon.

On October 19th, Rhoades was served with a death warrant, issued by Judge Jon Shindurling, ordering that he be put to death on Friday, November 18th.  The Commission of Pardons and Parole denied Rhoades' petition for a commutation hearing, and yesterday the Ninth Circuit denied his motion for a stay.  The execution is scheduled for Friday at 8:00 a.m. at the Idaho Maximum Security Institution south of Boise.

There can be no event more solemn than the death of a human being.  No sooner does the soul separate from the body than its will is fixed for eternity and it goes to its eternal reward.  If it goes to Heaven, then it is free from sin forever, and will never be separated from God for all eternity.  If it goes to Purgatory, then it is certain to attain Heaven once it has been purged of its sins.  If it goes to Hell, then it will suffer endless torments forever, without hope of reprieve or clemency.  Once the soul leaves the body, there is no going back.  There is no time to repent of sins or do any good deeds or change its mind.  The time for all that is in this life; once that time is over, it is irretrievably gone.  How different all the time we wasted in this life will look when our last moments are upon us -- if we are fortunate enough not to be taken suddenly and unprepared.

In that bleak execution chamber at IMSI, Paul Ezra Rhoades will meet his Maker and stand in judgment before His Throne.  That is a moment that should cause rejoicing to no one, even the families of his victims, since at all times we ourselves hurtle relentlessly toward that moment.  It is a moment that none of us can hope to escape: a moment when we shall be stripped of all our delusions of ourselves in the light of Truth.  How will we bear the abysmal contrast between what we are pleased to call our own "goodness" and the Perfection of Goodness, in Whose eyes the least shadow of sin is a hideous blemish?  How will Catholics answer the charges against us in that final tribunal, when we have gone on offending God even in spite of the light of Faith and the graces and helps of the Sacraments that we have received?  If we do not beg God's pardon while there is still time, can we hope to fall higher in the test than notorious sinners who have perhaps not received the same lights and graces that we have squandered?

Divine Justice will exact a fearful toll from a mass murderer like Paul Ezra Rhoades, if he does not avail himself of Divine Mercy while there is still time.  But all it takes is one mortal sin for us to suffer the same fate that endangers him.  The most leniently punished souls in Hell are in Hell nevertheless, and in eternal torment.  Of our charity, and in the hope of winning mercy for ourselves, we should pray for the grace of repentance and conversion for Paul Ezra Rhoades in these critical last hours of his life, if he has not already repented and converted.  If he is destined to be executed as scheduled, then we should pray that he will suffer his death with resignation and offer it up as restitution for his crimes.

None of this precludes praying also for the souls of his victims and for their families.  But, as prayer for the living and the dead is a spiritual work of mercy, for this man whose end is coming we should pray for the same graces and helps that we hope for when our own ends draw near.