The Front Widens in the War on Children 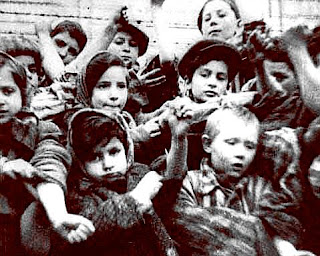 I have previously reflected in this space on our society's hatred of children under a veneer of sentimentality.  Until now, nothing made this more clear than the twin scourges of contraception and abortion, jealously guarded and cherished as "rights," coupled with the spectacle of western governments attacking the seal of the confessional in the name of "protecting" the innocence of children.

As the much-reviled Ann Coulter correctly points out in her book Guilty, marriage has been effectively destroyed as an institution that protects children.  We have grown complacent in the face of wave after wave of assaults on marriage, and therefore children: the promotion of licentiousness under the guise of freedom; the divorce of the sex act from procreation; the wide acceptance of concubinage and fatherless families; the movement for "sex education" for younger and younger children, together with the distribution of contraceptives to children; and, most recently, the increasing legal recognition of "marriages" between people of the same sex.

Now that we are so nonchalant about promiscuity, and homosexuality has come out of the closet, is it any wonder that aficionados of other forms of perversion are feeling a little bolder? Now the pedophiles are lobbying to have their twisted predilections removed from the American Psychiatric Association's Diagnostic and Statistical Manual of Mental Disorders (DSM).  At a symposium hosted by a child-molester advocacy group called B4U-ACT, Dr. Fred Berlin of Johns Hopkins University gave the keynote address, expressing his support for the destigmatization of sexual attraction to children.  It is claimed, among other things, that "children are not inherently unable to consent" to sex with adults; that pedophiles "have feelings of love and romance for children" indistinguishable from romantic feelings between adults; and that "the DSM should 'focus on the needs' of the pedophile, and should have 'a minimal focus on social control,' rather than obsessing about the 'need to protect children.'"  There is now even a euphemism with its own acronym for pervs: "minor-attracted people" or "MAPs."

There can be no doubt that ours is an age in which the unthinkable quickly morphs into the commonplace.  A hundred years ago, who could have imagined that by 2008, 41% of all children born in this country would be born out of wedlock?  Fifty years ago, who could have imagined that by 2011, the number of abortions performed in this country since 1973 would approach the total number of those killed during World War II?  Thirty years ago, how many people seriously believed that by 2011, ten countries and six of the United States (not to mention D.C.) would legalize gay "marriage"?

So perhaps we should not be so quick to dismiss the disgusting pretensions of the cho-mo lobby.  It is now a crime in some countries to publicly ventilate views consistent with the Catholic Church's teaching on homosexuality; we may very well live to see a day when it will be a crime for parents to keep their children out of the reach of degenerates.

H/T The Digital Hairshirt.
Posted by Anita Moore at 22:59