Let All the Poisons That Lurk in the Mud Hatch Out 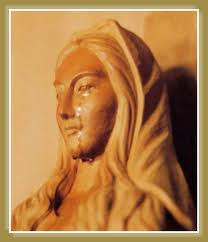 That, at any rate, seems to be what the Enemy thinks suits his purposes at the moment.  How diabolical that the Catholic priesthood should sustain so many body blows during the month dedicated to veneration of the Sacred Heart, and that the heaviest of these should have coincided with Father's Day weekend.

I must confess to not having a lot of personal investment in Fr. Corapi, who announced his departure from active priestly ministry last weekend, three months into an investigation into allegations of offenses against his vow of chastity.  The business that shook me the most this past week was the breaking Rosminian sex scandal, and particularly, the case of Fr. Kit Cunningham, the much-loved former pastor of London's oldest parish church and unofficial chaplain to the habitues of Fleet Street.  It is only now that Fr. Cunningham has been dead for seven months that it has become generally known that he sexually abused boys at the Rosminian school in Soli, Tanzania -- and that he covered for other priests who were doing the same thing.  It is also apparent that, for quite some time now, this has not been news to Fr. Cunningham's superiors, who, in the wake of a BBC documentary on the affair, have issued an apology for their inadequate response to the corruption in their midst.

These revelations shook me up, even though I had less personal investment in Fr. Cunningham even than in Fr. Corapi.  Fr. Cunningham has not been as high-profile this side of the Pond (though I seem to remember watching him in a documentary about the church of St. Etheldreda on EWTN).  But here was an apparently conservative, orthodox priest who upheld high liturgical standards; offered the Mass of Tradition; loved his Catholic heritage and restored the medieval church under his care; and, appears to have done a lot of real good over many years to a lot of people, none of whom picked up on his dark side.  The fact that this man had so many people going for so many years made me instantly recoil in thought from priests who have been my friends.  What is it that I'm failing to detect, I wondered.  Could it be that these priests, whom I would instantly defend if attacked, actually deserve to be attacked?  This shock was on a par with the shock that provided the excuse for my brief defection from the Church some years ago, when all the sex abuse scandals really started coming out, and especially when it transpired that bishops were accessories after the fact, covering up for abusers under their jurisdiction.

The realization of where this could lead made me stop and think.  What I was experiencing this time was not a particularized suspicion based on articulable facts, but a generalized paranoia bordering on panic.  The end result of such paranoia, if I were to persist in it, could be to avoid priests; fail to have recourse to them in need; withdraw all affection and regard; fail to pray for them; and ultimately, quit receiving the Sacraments, quit going to Mass, and, for all intents and purposes, stop being a Catholic.  How can I have a shepherd if I just quit the fold?  Besides which, nothing about convicting a priest in the kangaroo court of my own head on the basis of no evidence comports with the requirements of charity.

Still -- I objected to myself -- we come back to the case of Fr. Cunningham, of whose transgressions it seems few, if any, had the slightest hint.  After working with the criminal classes over most of my professional life, I do not believe, as some claim, that it is completely impossible to detect a child molester, or at least to pick up on the fact that there is something not right about a particular person -- though I do acknowledge that not everyone has the gift of discernment, or the practical experience that aids in spotting a deviant.  I also acknowledge the power of affectionate regard to cloud one's judgment, especially if such regard exceeds the bounds of moderation.  Were there really no signs, and no eyes to see them?  Even the best actors cannot keep up the pretense indefinitely: at some point, they must revert back to who they really are.  Yet such signs as have been reported about Fr. Cunningham could hardly be said to point infallibly to that which has actually emerged.  It is said that he drank a lot; but then, priests who struggle with alcoholism are, unfortunately, not unique.  It is also said that he seemed overly familiar with his housekeeper; but who would take this as indicating a predilection for boys?


And yet...priests are sinful human beings, just like the rest of us.  Does prudence really require us to read into a priest's every lapse in judgment and every sign of human frailty a reference to a hidden life of sexual deviancy?  Is this how we would wish to be judged ourselves?  If someone were doing that to us, would we call it "charity"?


Surely, the only purposes that blanket paranoia serve are those of the Enemy.  He hates all human beings, but especially priests.  He targets priests especially to get to us: when a priest falls, he's liable to take an awful lot of us with him.  But if the devil can't make a priest fall, he can at least drive a wedge between him and his flock; then, he still stands to reap a rich harvest of  souls who begin by rushing to judgment without evidence and end by jumping off the Barque of Peter.  That is the game he is playing with all these June surprises.


Neither I nor anybody else in this world can judge the soul of Fr. Corapi, or the eternal destiny of Fr. Cunningham, who has now stood before God's throne and answered for his deeds.  Nor can we judge the state of the soul of any other priest, or legitimately direct suspicion at them without a particular reason.  Surely, we are called to go on loving and respecting our priests in spite of these scandals.  If we ask the God Who specially chose each priest, with all his warts, and consecrated him to His service, He will not fail to guard us and them, and to give us prudence and discernment.  But these are things we must ask for.

Suppose it should turn out that a priest we love does in fact have skeletons in his closet, even on the order of those in Fr. Cunningham's closet?  In his Dialogue Concerning Heresies, St. Thomas More answered a similar question about the veneration as saints of those who are in fact damned.  If it should ever turn out, he said, that a person was wrongly venerated as a saint who did not deserve such, it does no harm to our souls to be thus mistaken, because we venerate them in the honest belief that they are the friends of God, and for the sake of God.  Surely the same is true of priests.  As long as we love them for the sake of the God Whom they serve, then no harm can come to our souls on that account.


And if we love them, then we must pray for them.  Our Lady of Akita said that we must pray the Rosary for priests, bishops, and the Pope.  I hope everyone who reads this will join in the 54-day Rosary novena that began on Father's Day for all priests and bishops: for the repentance and conversion of the unfaithful ones, and for protection and perseverance for the faithful ones who suffer unjustly on account of their erring brethren.
Posted by Anita Moore at 20:08