Wretched Haiti is even more wretched in the wake of a magnitude 7.0 earthquake, followed by numerous aftershocks, at least ten of which were greater than magnitude 5.0.   It is reported that many of the most important buildings and landmarks in the capital, including the National Assembly building, the presidential palace and the Cathédrale de Notre-Dame have been destroyed.  As for the unfortunate Haitians themselves, who knows how many thousands lie buried beneath the rubble in the slums of Port-au-Prince? 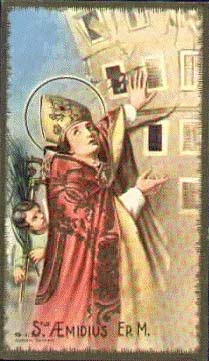