A Freemason's Tribute to a Saint

One saint pays tribute to another: St. Thérèse of Lisieux, who had a great devotion to Joan of Arc, portrays her in a play she wrote in her honor. 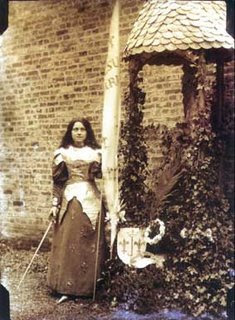 Though there is nothing unusual about a saint honoring a saint, the honor paid to a saint by a Freemason might be a little more so.  Suddenly, out of the blue, I am thinking of Mark Twain's essay on Joan of Arc, which I haven't thought of recently nor read for years, since I first stumbled across it.  Interesting that a Freemason and a harsh critic of Christianity should have had such admiration for a Catholic saint -- although he apparently sets no store by that "childlike faith in the heavenly origin of her apparitions and her Voices, " which "not any threat of any form of death was able to frighten...out of her loyal heart," giving her sole credit for her gifts and accomplishments, and failing to trace them back to their ultimate Source.  Yet surely there are good grounds to hope that, as a reward for Twain's affection, its object was able to obtain Mercy for him in the end. 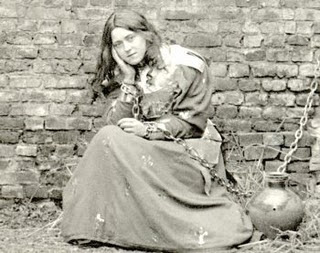