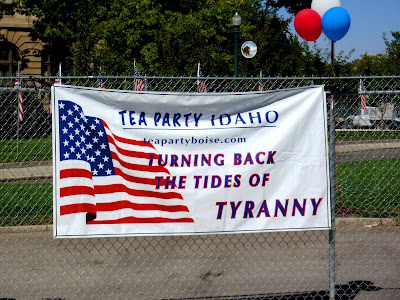 The organizers of today's Tea Party estimated over a thousand in attendance, including your humble correspondent, her aunt and her cousin. A pretty sizable mob of right-wing rabble, headed by a bunch of flag-waving bikers, marched from the Boise Depot, down Capitol Boulevard and gathered at Capitol Park to listen to music and speakers. It wasn't as big a crowd as the one that gathered in Washington, D.C., but attendance far outpaced anything liberal protest organizers have ever been able to drum up in Boise since I've lived here. Nevertheless, although there was some press coverage, I didn't see any news crews at Capitol Park.

Unfortunately, the Statehouse is under renovations, and fenced off, so there weren't any really good vantage points to take pictures from; but I did get lots of good shots. The hardest part was to choose from among them. 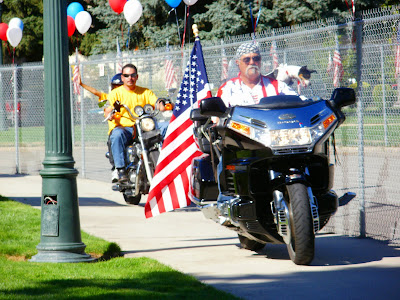 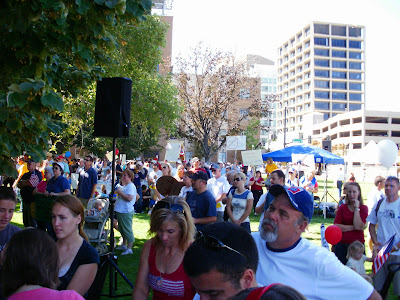 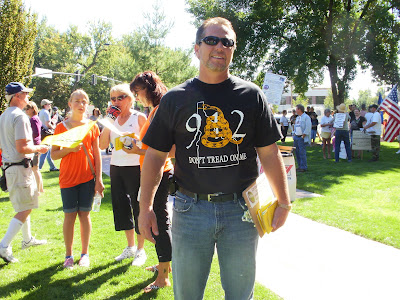 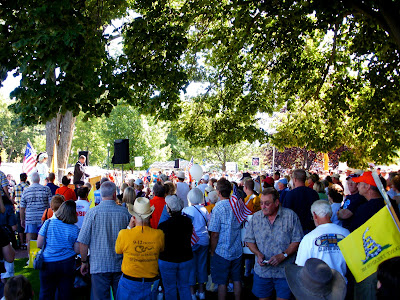 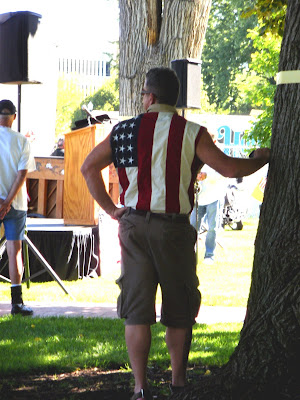 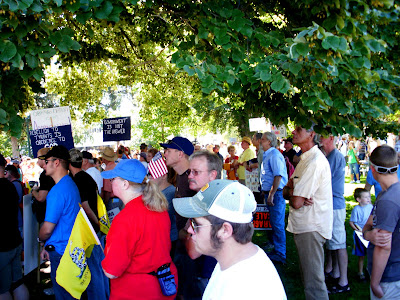 Veterans in the crowd. 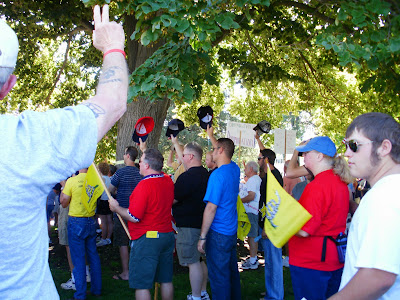 Davy Crockett and Benjamin Franklin pose for the cameras. 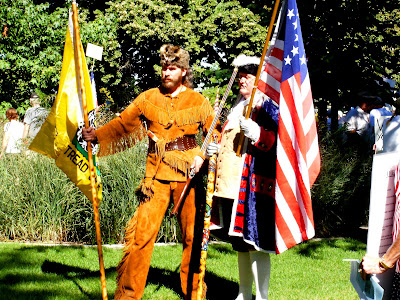 From across the centuries, Patrick Henry addresses the rally: his famous "Give me liberty or give me death" speech before the Second Virginia Convention, March 23, 1775. 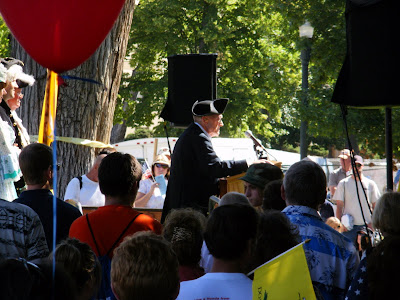 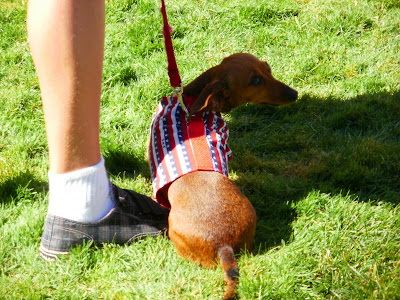 Protesters sign the Declaration of Independence. See a familiar signature at top left of the signature sheet, big enough for the Messiah to see without corrective lenses? 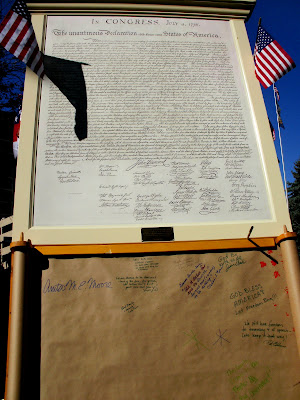 Here it is again, just in case you can't. 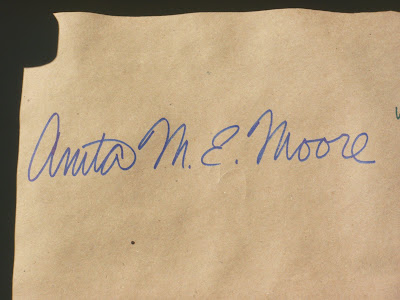