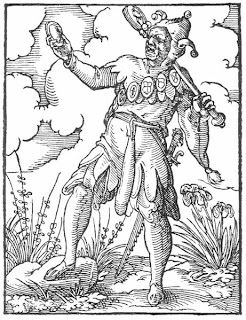 The Media Research Center, Brent Bozell III's media watchdog group, has picked up on a particularly disgraceful story that CBS is touting: a Catholic nun in Rome, age 106, is going to vote for Barack Obama.

In CBS's puff piece video of the interview with Sr. Cecilia Gaudette, the good sister stresses the importance of exercising one's right to vote, notwithstanding that the last ballot she cast was in 1952, when she voted for Dwight Eisenhower. A native of New Hampshire, Sr. Cecilia is voting for B. Hussein Obama on the grounds that he is "a good straight man; good private life, honest and politically able to govern, of course." Sr. Cecilia is said to keep up with events in the States via newspapers and television; perhaps that is how she has managed to overlook Obama's ardent support for infanticide, condemned by the Catholic Church to which she has dedicated her whole life.

So I guess this means that Catholics are now free to disregard the Democrat candidate's support for laws that clear the way for the unrestricted practice of abortion and the killing of babies who survive abortion procedures. After all, Sr. Cecilia, age 106, has done it.

In fact, this development is so convenient as to appear contrived. How well would this story withstand scrutiny, do you think?

H/T Norm De Plume, who brought the story to my attention.
Posted by Anita Moore at 18:54