Democrats: Just What Are You Voting For? 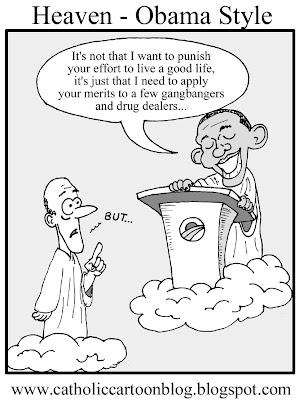 I'm proud of the fact that I stood up early and unequivocally in opposition to Bush's foreign policy (and was the only U.S. Senate candidate in Illinois to do so). That opposition hasn't changed, and I continue to make it a central part of each and every one of my political speeches.

Barack Obama, The Black Commentator, Issue No. 47, June 19, 2003
For the record, I opposed DOMA [the Defense of Marriage Act] in 1996. It should be repealed and I will vote for its repeal on the Senate floor. I will also oppose any proposal to amend the U.S. Constitution to ban gays and lesbians from marrying.

Barack Obama, Windy City Times, February 11, 2004
"It's not 'faith' if you are absolutely certain," Obama said, noting that he didn't believe his lack of "faith" would hurt him a national election. "Evolution is more grounded in my experience than angels."

Interview by David Remnick at the American Magazine Conference, October 23, 2006
I am a Christian, and I am a devout Christian. I believe in the redemptive death and resurrection of Jesus Christ. I believe that that faith gives me a path to be cleansed of sin and have eternal life.

Barack Obama, interview with Christianity Today, January 23, 2008
Well, I think that you're looking at it from a theological perspective or a scientific perspective. Answering that question with specificity is above my pay grade. But let me just speak more generally about the issue of abortion, because this is something that obviously the country wrestles with.

Barack Obama, Saddleback Civil Forum with Pastor Rich Warren, 18 August 2008, in answer to the question, "At what point does a baby get human rights, in your view?"
I've got two daughters, nine years old and six years old. I am going to teach them first of all about values and morals. But if they make a mistake, I don't want them punished with a baby.

Barack Obama, Town Hall Meeting in Johnstown, Pennsylvania, March 29, 2008
You go into some of these small towns in Pennsylvania, a lot like a lot of small towns in the Midwest, the jobs have been gone now for 25 years and nothing’s replaced them. And they fell through the Clinton administration, and the Bush administration, and each successive administration has said that somehow these communities are gonna regenerate and they have not. So it’s not surprising then that they get bitter, they cling to guns or religion or antipathy towards people who aren’t like them or anti-immigrant sentiment or anti-trade sentiment as a way to explain their frustrations.

Barack Obama, San Francisco fundraising function, April 6, 2008
I would look at raising the capital gains tax for purposes of fairness.

Barack Obama, interview with Charlie Gibson on ABC News, April 16, 2008
You can take your diploma, walk off this stage, and chase only after the big house and the nice suits, but I hope you don't. Not because you have an obligation to those who are less fortunate, although I believe you do have that obligation. Not because you have a debt to all those who helped you get here, although I do believe you have that debt. It's because you have an obligation to yourself. Because our individual salvation depends on collective salvation. Because thinking only about yourself, fulfilling your immediate wants and needs, betrays a poverty of ambition.

Barack Obama, Wesleyan Graduation Ceremony, Middletown, Connecticut, May 25, 2008
At a time when our ice caps are melting and our oceans are rising, we need you to help lead a green revolution.

Id.
On this Memorial Day, as our nation honors its unbroken line of fallen heroes, -- and I see many of them in the audience today -- our sense of patriotism is particularly strong.

Barack Obama, Memorial Day remarks (May 27, 2008)
I mean, you got the first mainstream African-American who is articulate and bright and clean and a nice-looking guy. I mean, that’s a storybook, man.

Joe Biden about Barack Obama, quoted in the New York Observer, February 4, 2007
When the stock market crashed, Franklin D. Roosevelt got on the television and didn't just talk about the, you know, the princes of greed. He said, 'Look, here's what happened.'