Where He Strutted and Fretted His Hour upon the Stage 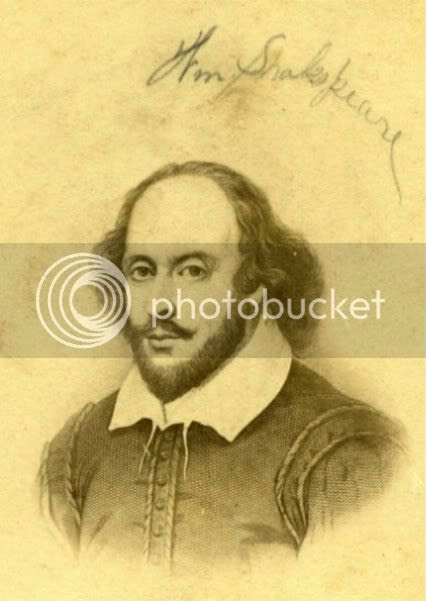 At any rate, since he was still a rookie, he might have fretted his hour upon the stage at "The Theatre," whose remains have been discovered in Shoreditch, east London.

In the early days of his career, Shakespeare belonged to an acting troupe known as the Lord Chamberlain's Men, which began performing at The Theatre in about 1594. Shakespeare himself performed there, and his early plays are believed to have premiered there.

In 1599, as a result of a landlord-tenant dispute, the owners of The Theatre took it apart overnight, and smuggled the timberes across the Thames. They used the contraband construction material to build the famous Globe Theater, which burned down in 1613, was rebuilt the following year, and finally closed in 1642.
Meanwhile, the old Theatre passed into oblivion -- almost. No one was quite sure where The Theatre stood until the Tower Theater Company started construction on a new playhouse. On August 6th, the remains of The Theatre's polygonal foundations turned up on the construction site.

The plan is to preserve the ruins on-site. Says Jeff Kelly, chairman of the Tower Theatre Company: "The discovery that we shall be building a 21st century playhouse where Shakespeare played and where some of Shakespeare's plays must first have been performed is a huge inspiration."
Posted by Anita Moore at 13:58